Take a tour inside the world's largest backyard pool

KTRK
HOUSTON (KTRK) -- Did you know the world's biggest backyard swimming pool is in the Houston area?

Just exit 59 South for El Campo, Texas, and there it is! The world's largest residential pool is sandwiched between farmland and pastures and has become the talk of the close-knit town.


It looks like an oversized community pool, and it is. It's in Mike Mobley's backyard and all of his friends are welcome.

"Everybody has a good time here. This is a great place to come relax, kick back. Usually every Sunday we come to BBQ, go swimming. The kids play," Mobley said. 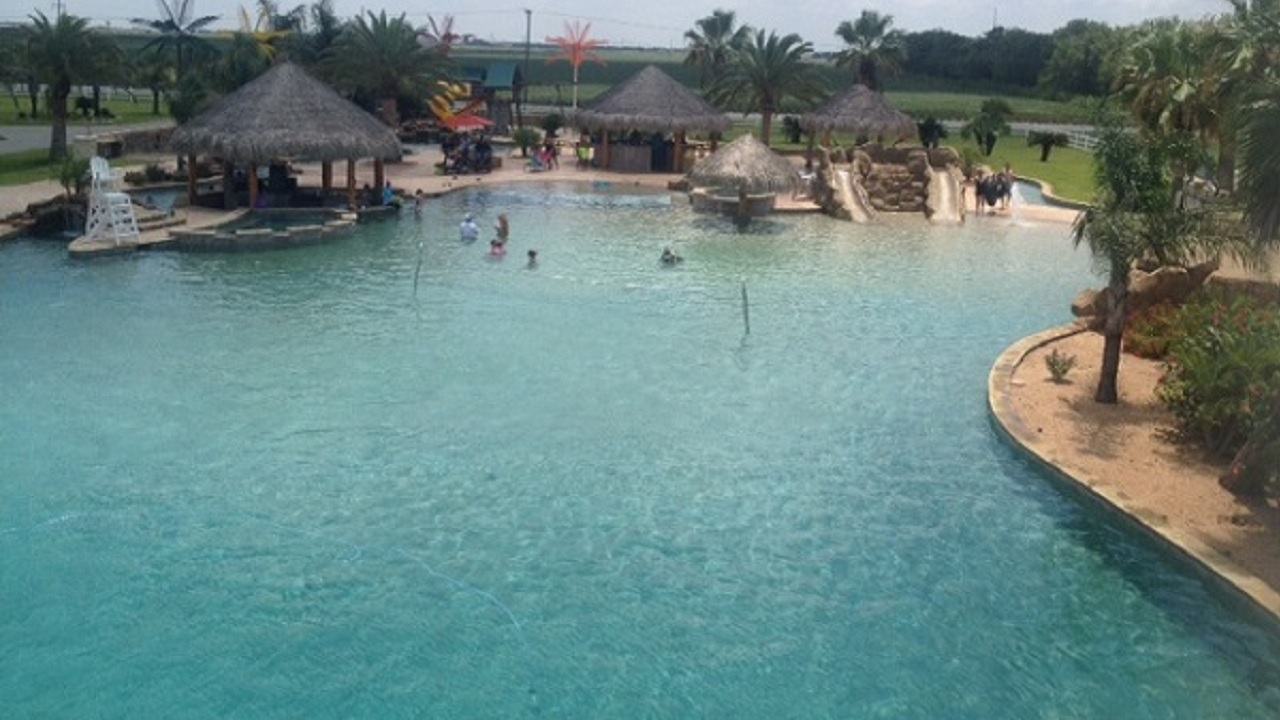 PHOTOS: World's largest backyard pool
If you wanted to recreate the 600,000 backyard oasis, it would come with a $3 million price tag.

All summer, friends, family, neighbors, businesses, and even wedding parties have taken a splash in the 600,000 gallon pool that was once a pond.

"The maintenance on it was really terrible because of the grass and overgrowth on it," Mobley said.


He wanted a place where the whole town could come and take a free dip so he asked pool builder Rick Kuykendall to transform the country pond into a tropical oasis.

What goes into making the largest backyard paradise?

"Your standard average cost of a slide will run you $8-10,000. This one's six to seven times bigger, so you can do the math there," Mobley said.

Why stop there? The family flew in palm trees from Florida to the tune of $250,000. Not to mention the waterfalls, playground, outdoor BBQ, and hammock lounge.

The most popular attraction in the Mobley backyard is the 500 foot, adjustable speed lazy river. But it isn't lazy at all. In fact, Mobley calls it Thunder River, a blast to the Astroworld past. He even purchased the Thunder River sign during the park's close out auction.

Mobley says he never intended for his little pond to become the world's largest residential pool. If anyone else were to try and recreate it, it would come with a $3 million price tag. Be ready to fork out more money on utility bills as well. The Mobley's jumped $1,200 or more a month.
Report a correction or typo
Related topics:
home & gardenel campoabc13 plus el campo whartonpoolabc13 plus
Copyright © 2021 KTRK-TV. All Rights Reserved.
More Videos
From CNN Newsource affiliates
TOP STORIES