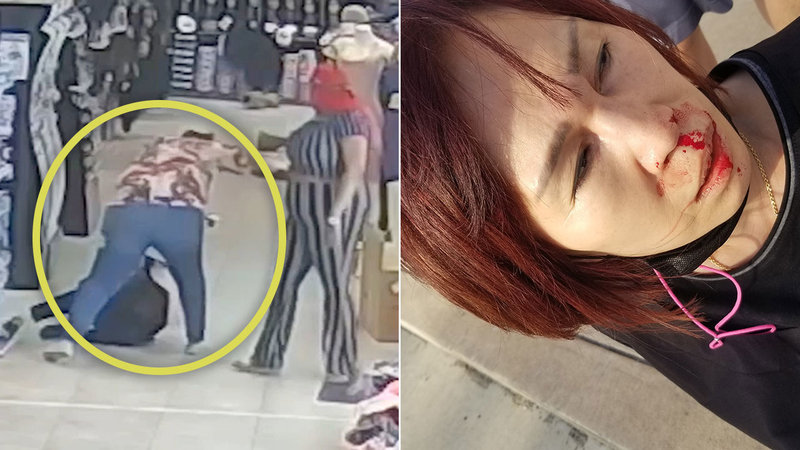 HOUSTON, Texas (KTRK) -- A Harris County grand jury has returned a hate crime enhancement against one of two women captured on video involved in a brutal assault of a Korean store owner.

"Houston is a place where people look out for each other, where neighbors help neighbors," Ogg said. "Allegations like this, where someone would attack and terrorize another person because of their race, is counter to the cultural diversity we embrace."

The attack happened on March 17 inside the Uptown Beauty Supply No. 10 store in north Houston.

"Its important to use the law we have to hold people accountable who don't just commit crimes, but they commit them with racial, or other bias, in their motive for committing the crime," said Ogg.

In the surveillance video, you can see store owner, Jung Kim, get beat up by Young as her cousin, Dequiesha Williams, appears to try to pull Young away from the victim.

If Young is convicted on the hate crime enhancement, she can face up to a year in jail. Young was not home when Eyewitness News checked, and her attorney said he was not aware of the enhanced charges until we called.

In addition, she is also charged with aggravated assault, a second-degree felony, in connection with an attempt to hit a store owner's relative with a car outside the beauty supply store.

Williams, 22, is charged with misdemeanor assault for allegedly hitting Kim's adult son, which was also captured on video. She is not charged with a hate crime.

"I got a lot of customers they come to the store and give us a hug and pray for us, they pray for my family," said Sunjun Lee, the son of store owner Kim. Lee said the family is trying not to focus on the attack, but it's been hard.

Lee also confirmed that the FBI has visited the store on two occasions, though it's uncertain whether either woman will face federal charges.

Kim, who suffered a broken nose, told us she is "still scared," but remained working at the store. She even had a big smile while greeting customers.

Ogg said the attack has increased calls to her office from Asian communities.

"The Asian community has been contacting me, members from all ethnic groups, [saying] that they're afraid. They want to know the police is going to respond to them if they're being targeted for their minority status."