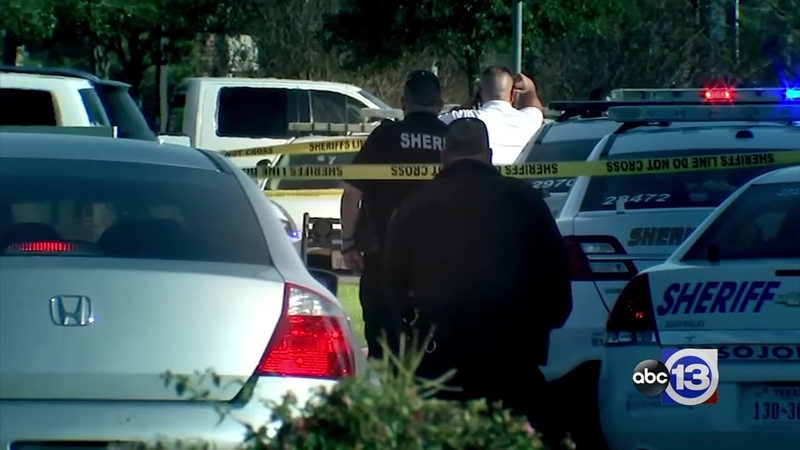 Those critics pointed to several cases they say prove their point. Ogg says it's not fair to cherrypick cases when thousands are filed each year.

We first asked the DA's office for statistics on prosecutions back in December. We never received any data.

Ogg is in her first year of her first term and says her office is focused on cases that matter.

"We are clearing our table of lesser offenses so that we can bring higher quality prosecutions to these crimes against people and property," Ogg said.

But critics are skeptical.

In one case, a man shot at deputies, narrowly missing and critically injuring them, but wasn't sent to prison.

A man was critically injured in a deputy-involved shooting after he allegedly walked into a Cypress emergency room with a gun.

In early January 2017, investigators say the 21-year-old was inside the North Cypress Medical Center. The man was waiting to see a doctor when he became agitated, officers said.

"Looking at him, you couldn't tell there was anything wrong with him. He had not seen a doctor yet. He was still waiting and became impatient," said Sgt. Cedrick Collier with Harris County Sheriff's Office.

At that point, deputies say the man took out his pistol and fired several shots inside the ER. Hospital workers alerted security and two off-duty officers approached the man, who had walked outside.

Investigators say the deputies demanded the 21-year-old drop his gun but he refused, pointing it at them instead. He opened fire, hitting the pants leg of one of the deputies. That's when the deputies fired four to five shots, hitting the man in the leg, shoulder and stomach area.

Investigators say the man had mental health issues which led to the shooting.

"What we have is an absolute systematic breakdown in the criminal justice system," said David Cuevas with the Harris County Deputies Organization.

Cuevas is still angry about the incident.

"Whenever somebody tried to kill two of our deputies or anyone in law enforcement, you try the case, put your best prosecutors on the job and you vigorously go after these crooks," Cuevas said.

"This is a case about what is the appropriate punishment for a mentally ill person shot in a hospital," Ogg said.

The man was given what's called deferred adjudication, a form of probation that allows a prison sentence if he is convicted again, but no jail time and not even a record of the charge at all if he follows the rules for 10 years.

"We normally don't offer probation in cases where police officers are shot at unless they're in agreement or the evidence simply won't bear more," Ogg said.

"This is a person willing to kill a police officer and we give them deferred adjudication," said Houston Police Officers Union president Joe Gamaldi. "Don't you think he should go to jail for a little bit of time?"

In another case, private investigator Mark Stephens says he found a man selling appliances online at a deep discount. Stephens works for home builders who've lost thousands of dollars worth of appliances due to construction theft.

He called that man and arranged to buy an oven. That online seller had a storage unit full of appliances. He was able to match the one he bought to one stolen from his clients and worked with detectives to get the man arrested.

The suspect told police he just sold the appliances and quickly identified the actual thieves.

But at the DA's office, the case against the seller fell through.

"He was charged with one count of theft," Stephens said. "I've got him with almost 60 stolen items from 60 different burglaries."

The two guys who stole the appliances were charged with theft. One had served jail time previously for theft.

Both were given probation. Prosecutors agreed not to send them to jail, not even for a day.

As for the alleged stolen property salesman, the prosecutor dismissed the case against him altogether.

Ogg's team would've had a tough time proving he knew the appliances were stolen.

"In that case, the prosecutor felt the private investigator who was pushing the case unfortunately hadn't gotten evidence to their satisfaction," Ogg said.

"I believe we are acting consistently with our message and while you can pick a case out here and there where there's a different result, there's generally a reason for it that's different from the general rule," Ogg said.

Ogg has met with the unions and says she looks at every case they bring up.

Whenever we receive the data requested from Ogg's office, we'll pass it on.