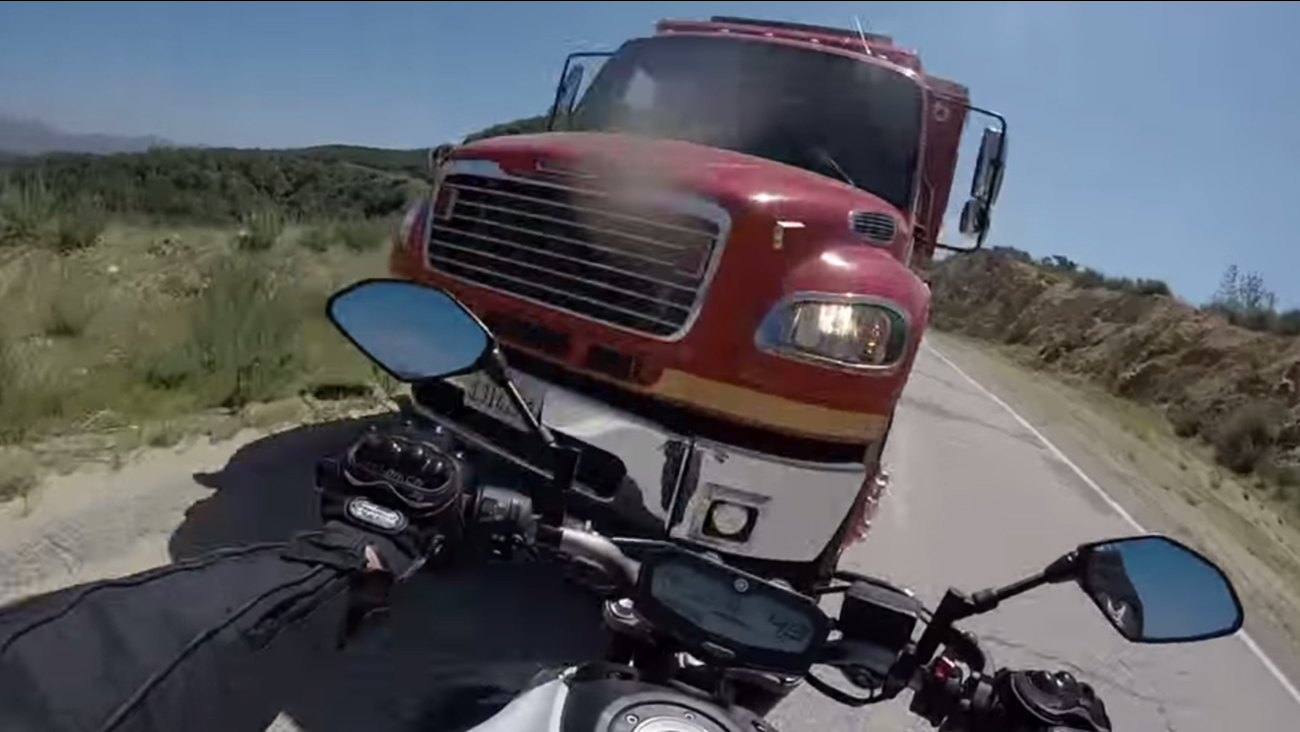 BLOOMINGTON, CA -- A motorcycle ride came to a dramatic end when the cyclist crashed head-on into a Los Angeles County Fire Department truck on a mountain road in the Angeles National Forest.