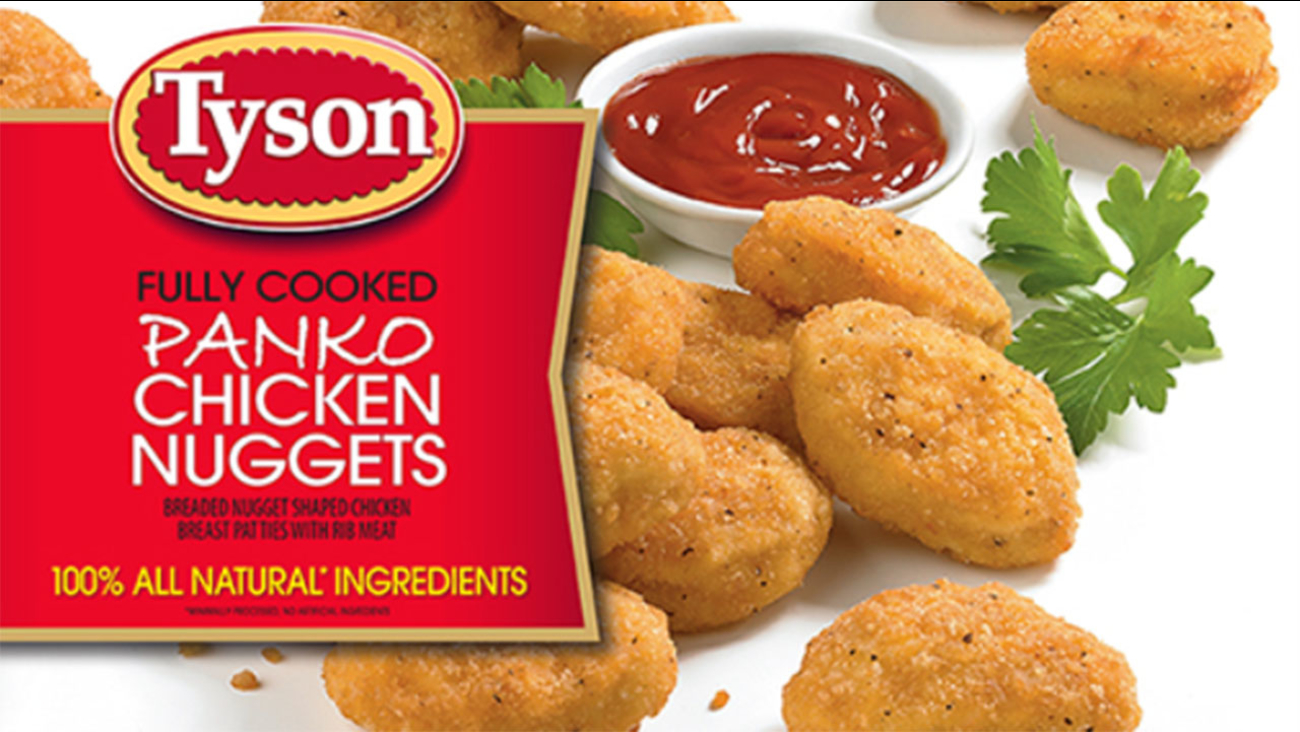 The Springdale, Arkansas-based company said Tuesday that the 5-pound bags of fully cooked panko chicken nuggets were sold at Costco stores nationwide. A small number of 20-pound cases of chicken patties, sold under the Spare Time brand, were sold to a single wholesaler in Pennsylvania.

Tyson says "a small number" of consumers contacted the company after finding small pieces of plastic in the chicken. Tyson says it's issuing the recall "out of an abundance of caution" even though it's only received a small number of reports of plastic. No injuries have been reported.
Related topics:
food & drinkrecall
Copyright © 2020 by The Associated Press. All Rights Reserved.
More Videos
From CNN Newsource affiliates
TOP STORIES