'When will they love their kids more than guns': Church sends message after school shooting 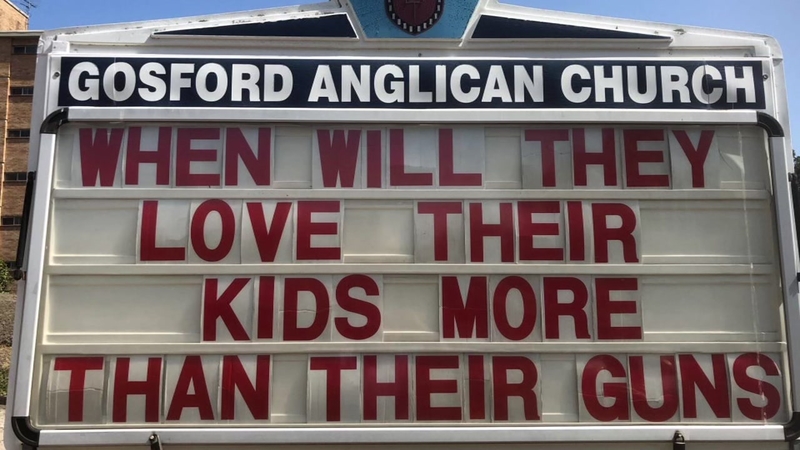 A church in Australia is sending a stark message to Americans after the Valentine's Day school shooting in Florida.

"When will they love their kids more than guns?" the church's billboard asked.

Rev. Rod Bower of the Anglican Parish of Gosford told ABC13 that the response to the Facebook post, for the most part, has been positive.

"It is very difficult to understand how so many school shootings can happen in a developed nation like America," Bower said. "How can anyone let alone someone suffering from a mental illness walk into Kmart and buy a assault rifle? This is surely evidence of a corporate mental illness. This form of constitutional fundamentalism will ultimately lead to your nation's destruction."

Bower also offered his thoughts and prayers to the victims and families.

"We do pray for the victims and their families, but thoughts and prayers have proven not to be enough," he said. "Denial of easy access to weapons is the only way to stop more children from being murdered."

The church has been in the spotlight before for its stance on same-sex marriage and discrimination -- among many other global issues.

In Australia, the Associated Press reports that leaders instituted tough gun ownership laws in 1996 following a deadly mass shooting. Since then, Australia has not had a mass shooting.