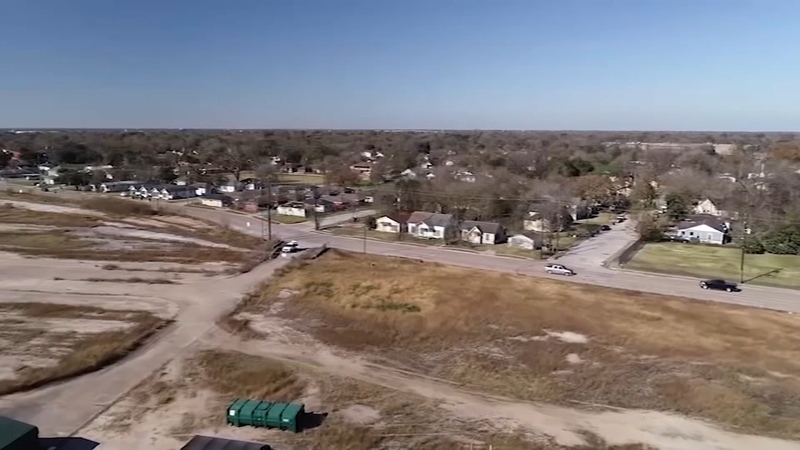 HOUSTON, Texas (KTRK) -- On Tuesday night, elected officials and dozens of people who live in the Fifth Ward area went on the record with their concerns about Union Pacific's clean up and containment plan. This has to do with contamination at the woodworking facility on Liberty Road.

By law, the State Commission on Environmental Quality has to respond to all of the comments entered into the record. If some of the issues raised have merit, it will lead to a new phase that's similar to a trial. It would become the latest phase in residents' years-long fight for environmental justice.

"The data shows that the community is not exposed to the contamination," said Kevin Peteburs with Union Pacific. He presented at the community hearing, and his comments were met with audible groans.

The standing-room-only crowd was not easily convinced that Union Pacific has contained a chemical on their property called creosote, which can cause cancer.

"My whole street died from cancer, including my mom," said Leisa Glenn, who lives on Lavender Street.

Glenn said Union Pacific's plan to address the contamination doesn't go far enough. She was at the hearing to demand the Texas Commission on Environmental Quality force the company to do more to clean up in the community.

Several elected leaders including Congresswoman Sheila Jackson Lee attended the meeting in a show of support for the constituents. The city of Houston is also standing behind what Glenn and other residents said they want.

"There needs to be further investigated. The remedies proposed are simply inadequate," Mayor Sylvester Turner said at the meeting. "We are working with the EPA. Union Pacific should do more, needs to do more, and quite frankly, no one would be allowing this contaminate to be under people's homes in any other part of the city."

"It's a very serious issue, and we are pursuing this as aggressively as we can," said attorney Jason Gibson, whose law firm represents more than 1,300 Fifth Ward residents suing Union Pacific over the contamination. A Texas appeals court just ruled their case can go forward. It's a legal victory for a community with several leaders on their side.
SEE ALSO: Lawsuit takes aim against Union Pacific after cancer-causing chemicals found in Fifth Ward

State Sen. Borris Miles organized Tuesday's hearing. While speaking to a TCEQ member he said, "All we want... all we are asking y'all to do are the right things."

"People are still dying. We are burying another person that lived on Lavender Friday," Glenn said.

"Union Pacific appreciates the chance to listen to the Houston community. Our focus is on protecting the environment and the health and safety of the public. The extensive studies conducted at the site have consistently shown there is no creosote exposure pathway to residents."