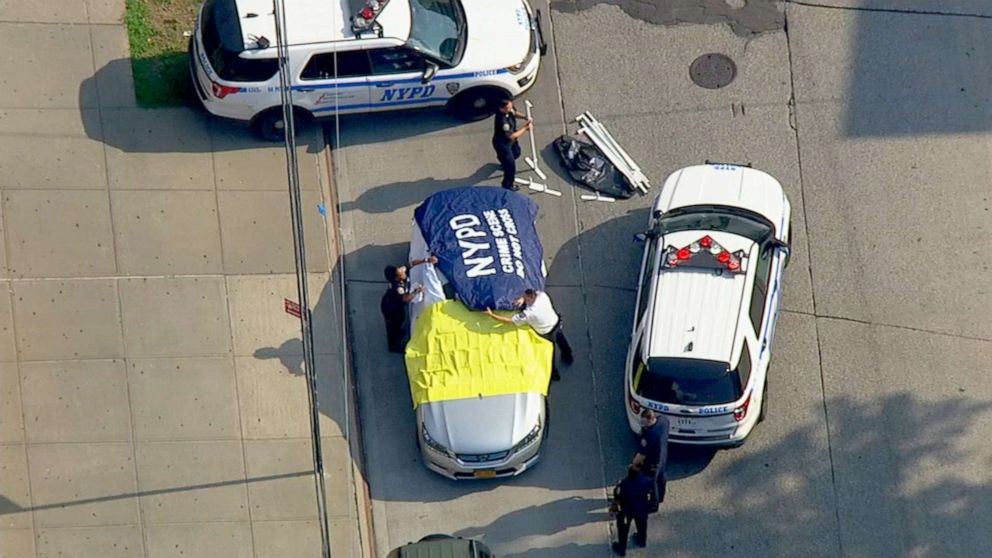 The father of infant twins has been charged with homicide after the pair was discovered dead inside a car in the Bronx Friday afternoon, New York City police said.

Police are investigating whether the twins died from heat exposure.

Investigators said the father, identified as Juan Rodriguez, told them that he accidentally left the twins, a boy and a girl approximately 11 months old, in their rear-facing car seats in his car Friday morning on his way to work at a nearby Veteran's Administration Medical Center around 8 a.m.

Police said that he told them that he went back into his car in the afternoon and started to drive away. He drove for two blocks before discovering the children in the back seat "foaming at the mouth" and called 911.

Rodriguez, 39, from Rockland County, has been charged with two counts of criminally negligent homicide and two counts of manslaughter, according to police.

Rodriguez told authorities that he discovered the twins at around 4 p.m.

The Medical Examiner's Office will determine the exact cause of death.

NYPD officials said the father was taken into custody late Friday and charged in the early morning hours Saturday.

The car, a Honda four-door, was parked in the Kingsbridge section of the Bronx.

"This is a horrific situation," one police official briefed on the situation told ABC News.

Temperatures rose to the mid- to upper-80s in New York City on Friday.