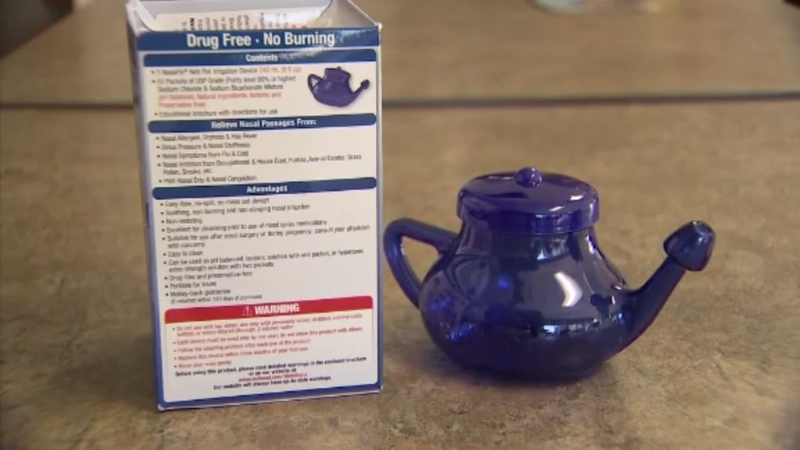 Seattle woman dies from brain eating amoeba doctors think she got from using a Neti pot.

The 69-year-old Seattle resident died in February after undergoing brain surgery. According to her doctor, there was amoeba all over the place, just eating brain cells.

According to a study published in the International Journal of Infectious Diseases, doctors believe the woman likely became infected when she used tap water in her neti pot, a teapot-like vessel used to flush out nasal passages.

Health officials suggest using only distilled, sterile or previously boiled water to rinse sinuses. Tap water can contain tiny organisms that are safe to drink but could survive in nasal passages.