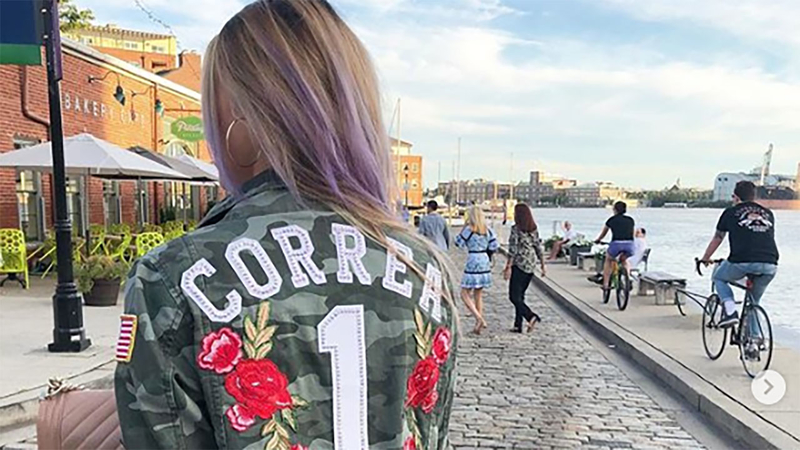 HOUSTON, Texas (KTRK) -- She calls herself the Sparkle Queen, and one-by-one Carlos Correa's future mother-in-law is blinging out the ladies of the Astros.

Martha Rodriguez, the mother of Correa's fiancee Daniella Rodriguez, is getting a lot of attention for her one-of -a-kind Astros' jackets, baseball jerseys and hats.

Rodriguez spends days making each one of the custom jackets at her home in Laredo. She started making the jackets in 1992 when she decided to design her wedding gown with Swarovski crystals.

Rodriguez says her inspiration to make the Astros-themed jackets started with her daughter Daniella, who got engaged to Carlos Correa at the World Series last year.

"I know that Daniella is always representing the Astros. And I wanted something unique for her to represent them. And I got this idea, 'You know what? Why not make some jackets?'" Rodriguez said.

She says some of her custom denim jackets has as many as 3,000 Swarovski crystals that she applies by hand.

Most of the players' wives or girlfriend have one.

The Sparkle Queen says she does not want to leave anyone out, so she's currently working on a website and has plans to make the jackets available to all Astros fans.

In the meantime, check out her Instagram for more designs.