KTRK
KATY, TX (KTRK) -- A story on other media outlets that reported a mother left her young children in a hot car so she could get a haircut has a far different headline now: Mother fights to free children from her locked car.

Monday evening, a 22-year-old employee at a store in a Katy shopping center saw people rushing to an SUV, beating on the windows. He aimed his cell phone at the scene, recording it on camera.

A man hit the glass with a hammer, shattering it. Moments later, a woman crawled through the broken window to the children inside. It was their mother.

The story about the woman going to a hair salon turned out to be inaccurate, certainly according to the salon owner, who said the business had no female customers on Monday at the time of the incident.

The mother, who spoke to us by phone but who would not be identified, said her keys dropped from her hand when she buckled her children in their seats. By then she had already hit the locks and closed the door

She ran into the business, to call her insurance company, asking for a wrecker to open the car. She says she was told that would take two hours. That's when she said she panicked.

She cried loudly for help, two men responded. One she said grabbed a tool, but it broke when he tried to break the glass. A second man got a hammer from his truck and went to work on the window, with immediate result.

The children were in good condition, unharmed by the glass and the heat.

"I'm a good mother, " she said. "Why would someone say I was getting a hair cut? I love my children."

The story was repeated on national outlets, even British media.

The mother says she moved to Katy recently from Florida and was unaware of the story until friends from out-of-state called and asked if she was the woman in the cell phone video. When she saw what they were referencing on TV, she said "I was stunned."

A representative from a law firm indicated she has contacted their office.
Related topics:
family & parentingkatyhot carchild left in car
Copyright © 2020 KTRK-TV. All Rights Reserved.
RELATED 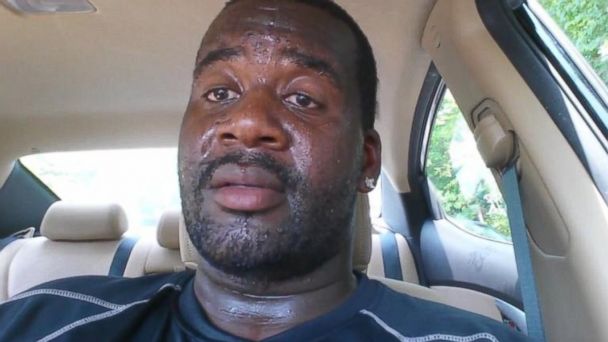