KTRK
The Texas State Board of Education gave preliminary approval this week to a sex education policy that includes teaching middle schoolers about birth control beyond abstinence - its first attempt to revise that policy since 1997.

In jam-packed meetings held Wednesday through Friday, the 15-member Republican-dominated board came one step closer to revising minimum standards for what Texas students learn about health and sex. It is expected to take a final vote in November.

The board voted to teach seventh and eighth grade students to "analyze the effectiveness and the risks and failure rates ... of barrier protection and other contraceptive methods in the prevention of STDs, STIs and pregnancy," in addition to the importance of abstinence. Currently, learning about birth control methods beyond abstinence is only a requirement in high school, where health education is an optional course.

But the board rejected proposals to teach middle school students about the importance of consent or teach any students to define gender identity and sexual orientation.

At public hearings in June and earlier this week, many current and former Texas public school students said they received little to no sex education, instead learning from pornography or uninformed friends. Many rallied for comprehensive sex education that explained options for contraception, the importance of consent and the definitions of gender identity and sexual orientation.

A smaller number showed up in favor of abstinence-only education, which promotes teaching students to avoid sex until marriage, not how to have safer sex. Federal data shows Texas consistently has one of the highest teen birth rates in the country, which studies show correlates with an emphasis on abstinence-only education. About 39% of Texas high school students report having had sex, but less than half of them used condoms and a small percentage used birth control pills.

Texas elementary and middle schools must offer health education for students in kindergarten through eighth grade, but high school students do not have to take it to meet state graduation requirements.

Texas also doesn't mandate that schools teach sex education, but schools that choose to do so must stress abstinence as the preferred choice for unmarried young people. Parents can opt their children out of any lesson they want.

Over the last several months, panels of educators and medical professionals formulated recommendations to overhaul the health and sex education policies.

Board members clashed on several edits to those recommendations, including whether to include explicit reference to sexual orientation and gender identity. On Thursday and Friday, Ruben Cortez, a Brownsville Democrat, unsuccessfully proposed teaching middle schoolers and high schoolers to define sexual orientation and gender identity. He said the proposals would help LGBTQ students, who studies show have a higher rate of suicide attempts in part due to discrimination.

"One of my children this summer came out to us and the fact that she had to bottle that in for years thinking that we wouldn't accept her," he said, getting choked up as he spoke. "It's difficult to imagine what other students who don't live in a tolerant house would go through if we don't insert language like this to help our students."

Most Republicans on the board opposed his proposal, saying they would rather not include it in the minimum standards schools are required to teach. Instead, they said, they would rather let local school districts vote to add LGBTQ issues to their own health education policies, since state law gives them that flexibility. Matt Robinson, from Friendswood, was the sole Republican who voted with Democrats to add the language Friday.

"I would like to see this left up to being a community decision," said Pat Hardy, a Fort Worth Republican.

"I don't think at the high school level we can afford to be cryptic with regards to our youth," said Marisa Perez-Diaz, a Converse Democrat. "Identity exists. We need to talk about it regardless of one's sensitivity and discomfort."

Most Republicans also opposed Cortez's proposals Thursday and Friday to teach middle and high school students to "explain the importance of treating all people with dignity and respect regardless of their sexual orientation and gender identity."

Instead, they approved teaching students to prevent "all forms of bullying and cyberbullying such as emotional, physical, social and sexual." Schools can choose to include bullying as a result of sexual orientation and gender identity in those lessons, Republicans said.

On Wednesday night, board members battled over whether to teach sixth graders the definition of consent as it relates to physical intimacy and to "explain why all physical contact should be consensual." Republicans said consent was a legally murky concept and instead prioritized students learning to be able to say no to unwanted approaches.

"In my opinion, refusal skills, personal boundaries, personal privacy covers this area at this age," said Marty Rowley, an Amarillo Republican. "Eleven and 12 is too young in my opinion."

Democrats unsuccessfully argued that middle schoolers should be able to understand the concept of consent, even before they become sexually active. Cortez called the decision to cut the sentence "reckless," heightening tension in the room.

"While I agree that refusal skills are absolutely necessary ... what happens when someone doesn't listen to you say no?" said Georgina Pérez, an El Paso Democrat. "This puts all of the responsibility on the person saying no. What about the person who is hearing no?"

Republicans on the board said it was enough that they had approved teaching middle and high school students about the "legal age of consent" when it comes to sex with minors, including statutory rape and sexual assault. San Antonio Republican Ken Mercer said the word "consent" was a "gateway term" used by sex traffickers and pedophiles to prey on young children. 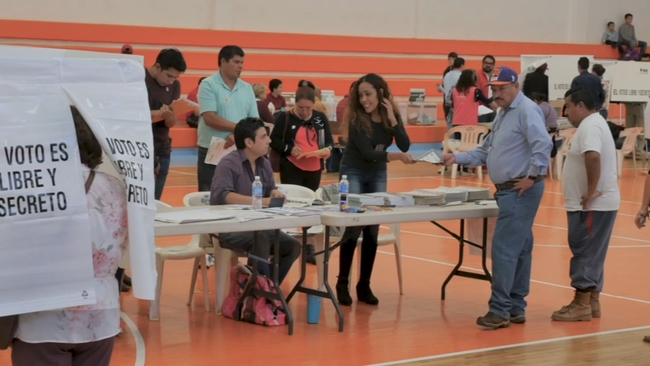