Aldine residents fired up over cement plant moving into neighborhood 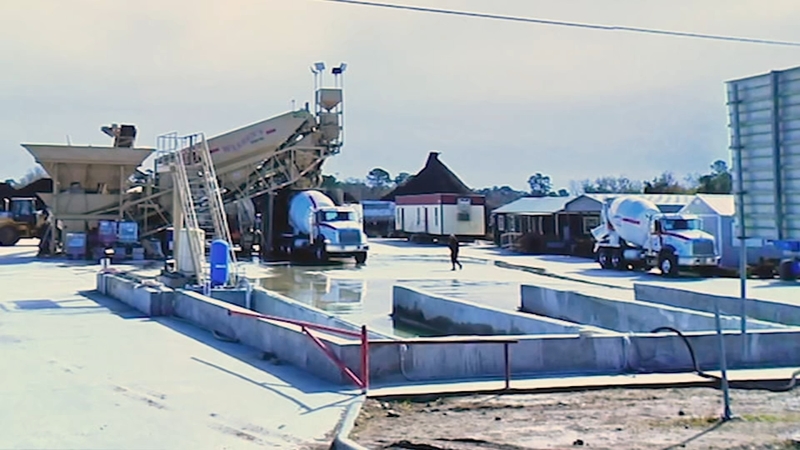 Aldine residents fired up over cement plant moving into neighborhood

But the real fireworks came from the more than 100 neighbors fighting to keep a construction company from building a concrete batch plant along the Eastex Freeway near Little York.

The meeting in east Aldine was to provide the public a chance to formally submit comments to the Texas Commission on Environmental Quality regarding a permit application by Avant Garde Construction.

One-by-one, dozens of residents stood up to the microphone sharing three-minute stories and passionate pleas, begging Meliton Gomez and his son, Ivan, both of Avant Garde Construction Company to withdraw their application from the TCEQ.

"This area, within five square miles, has eight existing plants," said Garcia. "Most of which are generating complaints to my office, to the Public Health Department, to the Pollution Control Department, or to other governmental offices. So as much as we'd like to have faith folks would be a good actor, we have all too much evidence to show just the contrary."

Gomez said his family bought a vacant lot along Eastex Freeway near Little York three years ago, with the intention to clean it up and build a business.

His family, from La Porte, later decided it would make a good place for a concrete batch plant with easy access to Highway 59, avoiding any neighborhood streets.

But the pushback from the community is strong. Their land sits just in front of James Driver Park, and next to a residential street.

With another eight concrete batch plants nearby, the neighbors said they are too familiar with the air pollution from concrete dust and noise pollution from the trucks of a business allowed to operate 24 hours a day.

Gomez, who says he has 25 years of experience in the petrochemical industry-leading operations, chemical research and development, said this concrete batch plant would be a first for his construction company.

During a brief presentation, which was interrupted several times by the audience, he and his son addressed the location of their commercial site and mitigation efforts for their operation, including using the newest air abatement equipment.

Their promise to the community did little to quell the passionate crowd.

"Your business is not worth the lives of me and my community," said one speaker.

Gomez declined to speak with ABC13 on camera. The TCEQ will provide an answer to Avant Garde's application at a later date.