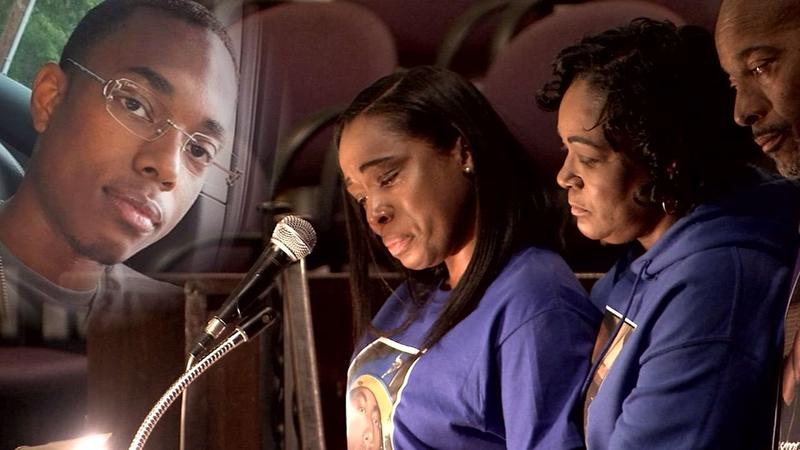 DURHAM, North Carolina -- A case involving a Durham man who went missing in January is now being investigated as a homicide, according to a newly released search warrant.

Charleston Goodman, who was 26 at the time of his disappearance, went missing on Jan. 28.

The video in the media player above is from a previous story.

Around 6:20 p.m. that day, eyewitnesses told police several men approached Goodman in a silver minivan -- a Honda Odyssey -- on East Woodcroft Parkway, forced him into the vehicle and drove off. His mom watched the abduction in horror from her bedroom window.

As new witnesses have stepped forward, new information regarding what actually happened to Goodman is being revealed.

According to the new search warrants, a witness said she may have seen Goodman's body in the back of a van.

The search warrants also stated that a confidential informant told police that he or she had heard that Goodman broke into another man's apartment prior to his disappearance and stole two bricks worth of cocaine.

According to the informant, that man kidnapped Goodman after being alerted to the break-in by surveillance video footage.

The informant said Goodman's body was then believed to be fed to hogs. The informant was unaware of the exact location that may have taken place.

Based on that information, Durham police were requesting cell phone records from AT&T to confirm Goodman's whereabouts before he went missing.

"Obtaining records for this phone number will help confirm the (informant's) detailed information, explaining the motive for Charleston's kidnapping and murder," the search warrant states.