Certain masks may be worse than no mask at all, preliminary Duke study finds 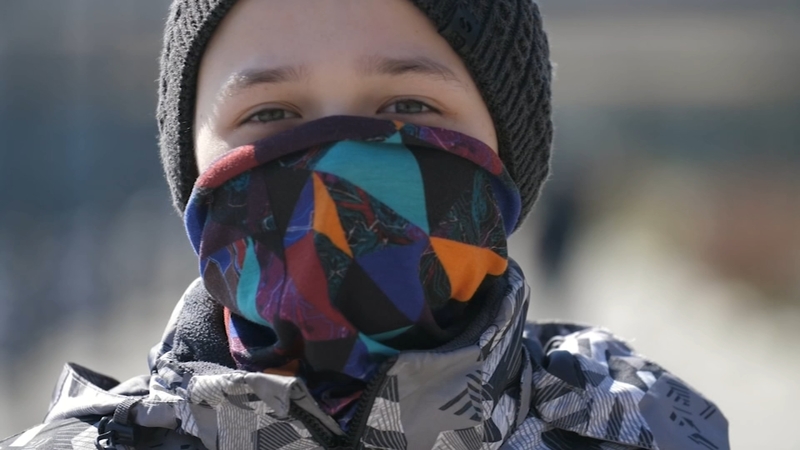 Certain masks may be worse than no mask at all, preliminary Duke study finds

But are they all better than nothing?

"Like the common sense of just putting your hand in front of your face, we really thought that any mask would be better than nothing," Dr. Eric Westman of Duke University said.

Westman, who specializes in internal medicine, was not having to deal with COVID-19 patients, but he still wanted to do something that might help stop the spread of the deadly virus.

He realized that while they had plenty of Personal Protective Equipment or PPE at Duke Health, there were other frontline workers like bus drivers who did not.

He believed early on that masks would help stop the spread.

He raised tens of thousands of dollars in an online fundraiser to buy masks for those frontline workers, but he wasn't sure which masks would provide the best bang for his buck.

He didn't necessarily need the best N-95 masks for casual use, but whatever he bought he wanted them to be as efficient as possible.

Westman knew researchers had already discovered that coughing and sneezing would put respiratory droplets into the air.

"But what about speaking?" he asked.

WATCH: All masks are not created equal, and bandannas are the poorest in the group.
EMBED More News Videos

All masks are not created equal, and bandannas are the poorest in the group.

He was especially interested in the answer to that question since at that time researchers had just started realizing the virus was super contagious because it could be spread by people who weren't yet showing symptoms of being infected.

"So you might not be sick and you may be spreading the virus through these particles just by speaking," Westman said.

Fischer built a simple box out of cardboard with an opening for a person wearing a mask to speak into.

He attached a green laser light to the box to illuminate the droplets and a cell phone camera to video the experiments, so they could count the droplets each mask allowed through.

Not only did he discover that speaking did indeed produce plenty of droplets, but that the material used in some masks, especially the neck gaiters and bandannas they tested, was so thin it actually put more respiratory particles in the air than the baseline test with no mask at all.

"We attribute this to the fleece, the textile, breaking up those big particles into many little particles," Fischer said. "They tend to hang around longer in the air. They get carried away easier in the air. So this might actually be counterproductive to wear such a mask. So it's not the case that any mask is better than nothing."

Fischer said his experiment was just a demonstration.

He and Dr. Westman hope more research will follow.

"This is really a preliminary investigation into something that needs much more science wrapped around it with other types of ways of measuring particulate matter. We hope to stimulate other research into this and get away from the idea that something is better than nothing. It may not be the case," Westman said.