Thieves take off with dozens of sneakers after smashing stolen Ford F-250 into new shoe store in SW Houston: Police 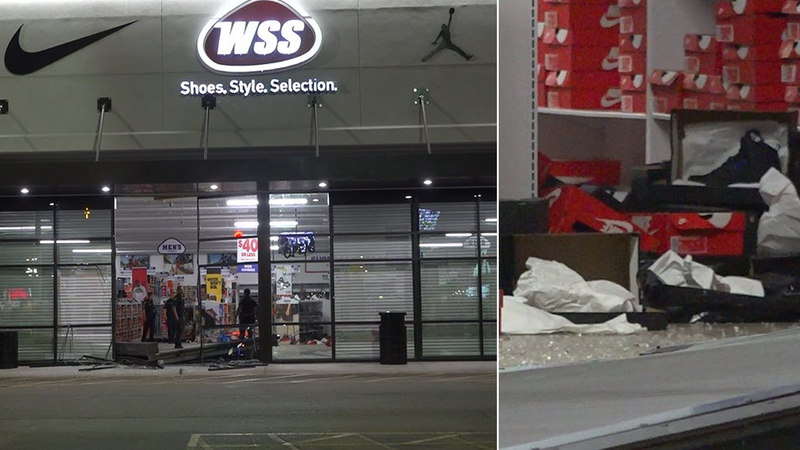 Dozens of shoes stolen from new store in SW Houston

HOUSTON, Texas (KTRK) -- Thieves stole more than two dozen pairs of sneakers from a southwest Houston store that's only been open for about two weeks.

Police say that around 1:40 a.m. Wednesday the thieves used a stolen Ford F-250 truck to smash into the WSS shoe store on S. Gessner and Highway 59.

The suspects stuffed the shoes in trash bags, leaving behind empty Nike, Adidas and Vans boxes. As they got away, they also left some of the bags in the parking lot.

Authorities are looking at surveillance video to try to get a better idea of what the thieves look like and how many were involved.

HPD: thieves drove a truck into the front of WSS shoe store off S Gessner. Filled trash bags with shoes and drove off. No one arrested—despite police search by helicopter for suspects. Live to show you on #abc13 @ 4:30 ⬇️ pic.twitter.com/beF7apB64n