Man loses both legs after being licked by dog 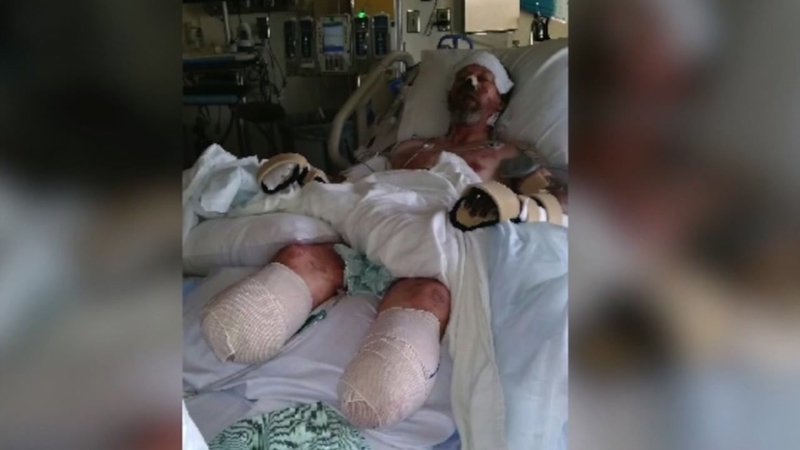 A Wisconsin man lost his limbs after an infection he thought was a bad case of the flu.

Greg Manteufel, 48, went to the emergency room with what he thought was the flu, but tests revealed he was suffering from an infection caused by bacteria in the saliva of dogs.

While in the hospital, Manteufel's blood pressure dropped and the circulation to his limbs rapidly decreased, causing his legs to just "die," doctors said.

It's situation Manteufel's wife, Dawn Manteufel, still does not understand.

"We can't wrap our heads around it," Dawn said. "He's 48 years old and been around dogs all of his life, and this happens," Dawn said.