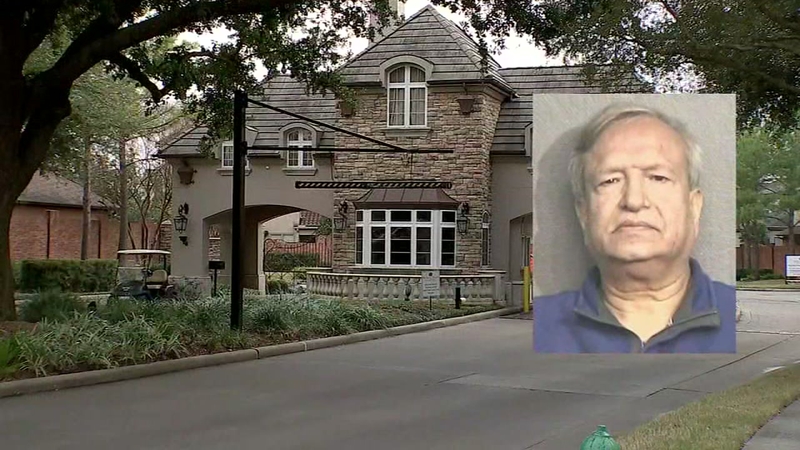 HOUSTON, Texas (KTRK) -- A Royal Oaks Country Club security guard is recovering after being attacked by a deaf Uber driver.

The attack was caught on camera and started because the driver wouldn't provide the proper information needed.

The guard, Ebonie Page, says she is a mother of six girls and shaken to her core. Now she's on edge everywhere she goes.

People in this area off Westheimer know the community has a certain protocol for visitors who want to come in, including Uber drivers.

That's why when Page asked this particular Uber driver for documents, she never expected a problem.

Page says she asked for the Uber driver's identification, license and address of pick-up, when he held up his phone and indicated he was deaf.

She tried to enunciate the need for Desai's license so he could read her lips, but he appeared to get frustrated and then lost it.

Thankfully, Page was able to get on her two-way radio and quickly called for help. The onsite Houston police officer arrived within moments and arrested the 68-year-old Desai.

While Page is grateful Desai was punished, Page says she wants him to understand he can't just go around attacking people.

Since the incident, she's transferred posts and started carrying pepper spray everywhere. She also says she and her husband are in the process of getting their gun permits.

"This will not happen to me again. It won't. I refuse to let this happen and I just...I can't."

Page says she's only been a security guard since September, and unfortunately, this has caused her to re-think her career.

Page hopes her story encourages all women to be vigilant and protect themselves at all costs.