According to Commemorative Air Force, both planes were out of Houston. It is still unknown the condition of the crews involved.

According to the General Aviation Jet Services in Conroe, the planes are said to be from the Houston area.

Hank Coates, the CEO of the Commemorative Air Force, said that these are typically crewed planes, and the people who were flying were heavily vetted volunteers.

Emergency crews responded to the scene at the Commemorative Air Force Wings Over Dallas show at the Dallas Executive Airport.

The Federal Aviation Administration says a Boeing B-17 Flying Fortress and a Bell P-63 Kingcobra collided and crashed around 1:20 p.m. Saturday. Officials said it was unclear how many people were on board both aircraft.

Several videos posted on Twitter showed two aircraft colliding in the air before they rapidly descended, causing a large fire and plumes of black smoke to billow into the sky.

"Out of nowhere, it just happened, and everybody started filming around me," Aubrey Young, a spectator who recorded the crash, said. "Everybody broke out into tears, but at the same time, it was weird because it was quiet."

She explained what she witnessed.

"The larger of the two planes was flying like normal, and the smaller one came up from behind, and we were all very confused (about) why the smaller plane did that," she recalled.

When the large fire started and smoke filled the air, she said the audience knew it wasn't part of the show.

"Nobody is going to pop out, and everybody's going to start clapping," she said. "It was very quickly realized that it was serious, and so then people started being respectful and putting their cameras down."

The victims' names will be released after their families have been told what happened.

Those relatives are heavy on Young's mind.

"The family of whoever was in that plane... that was the first thing I thought of because I'm a mom, and that's where my heart goes", she said.

The FAA and the National Transportation Safety Board are launching investigations.

This is a developing story. Please check back for updates. 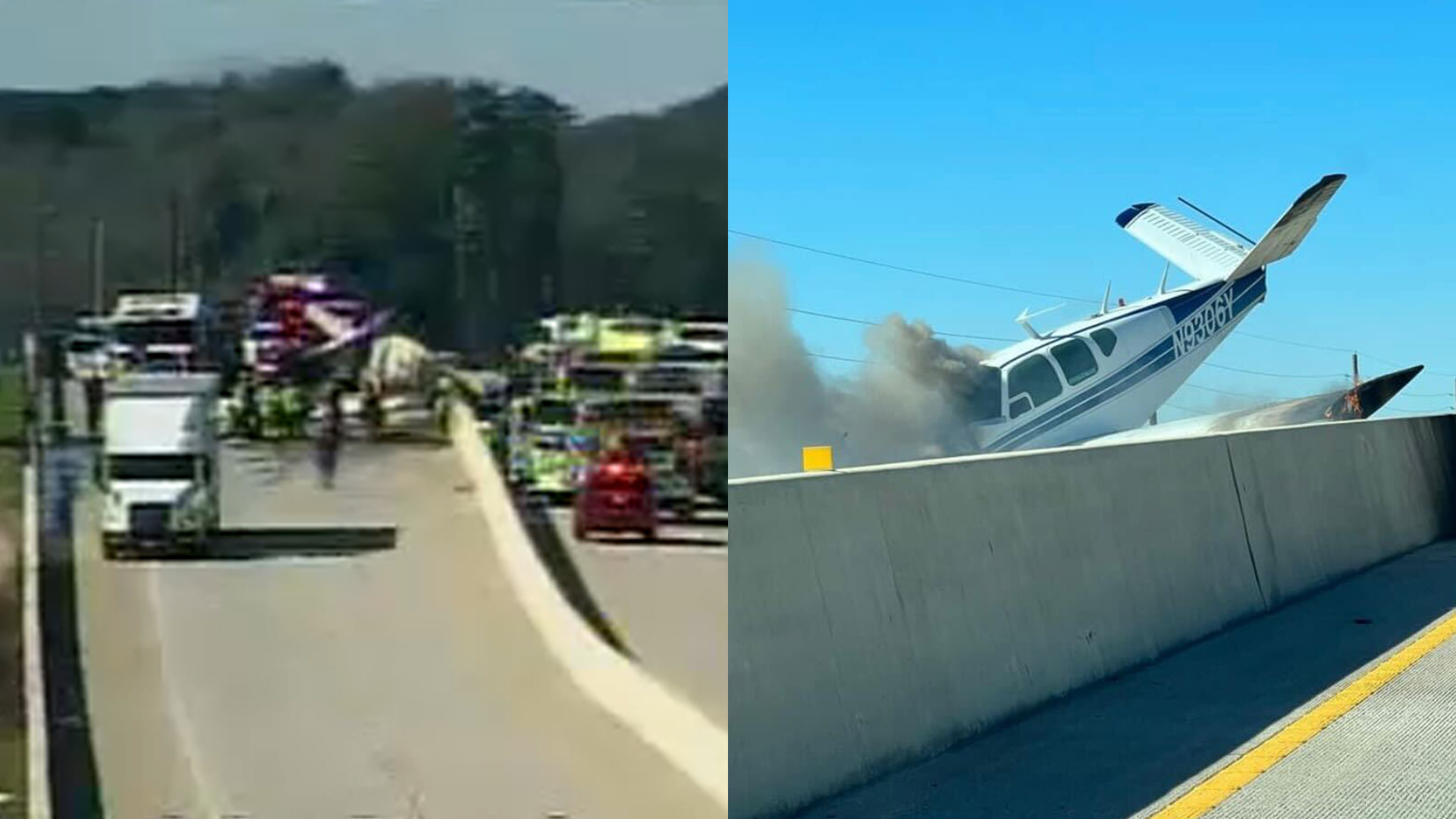