Crane falls during construction, splitting Florida house in half 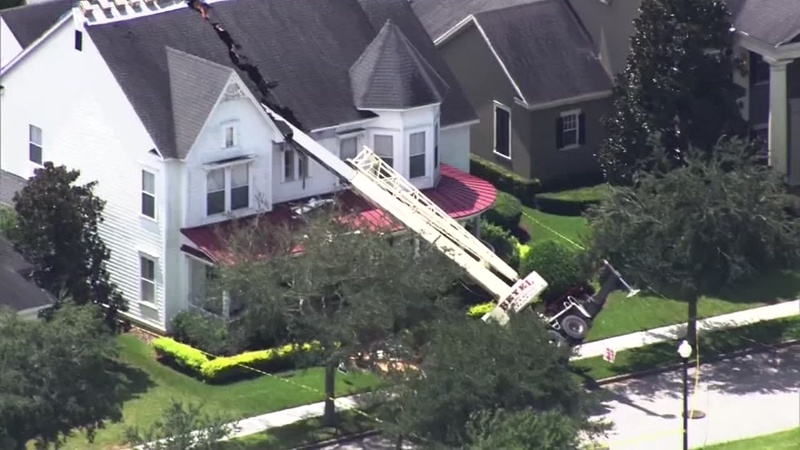 Crane splits Florida home in half

ORLANDO, Florida -- Officials say a crane collapsed onto a house in a Florida neighborhood, tearing a large gash in its roof.

The Orlando Fire Department says the crane fell over Tuesday in the upscale Baldwin Park neighborhood. No injuries were reported.

Photos released by the fire department show the crane's base turned partially over in front of the home, while its arm rests on the damaged roof.