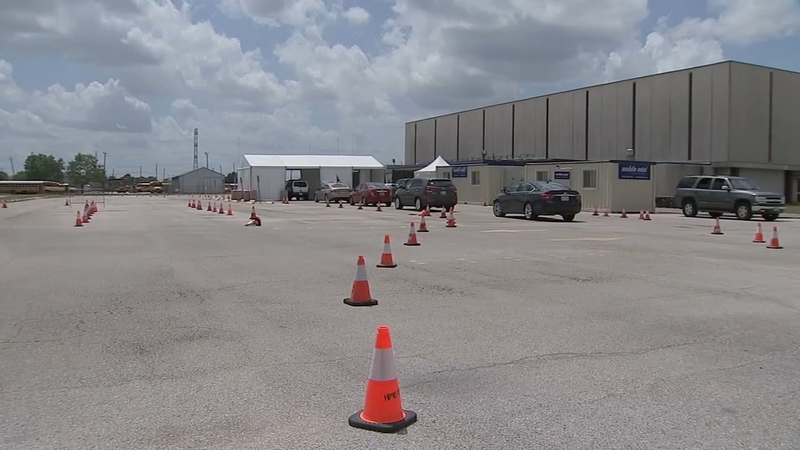 After state officials this month disclosed hundreds of thousands of coronavirus tests had not been previously reported - a backlog that has distorted metrics used to gauge the toll of the pandemic - Gov. Greg Abbott said Sunday that the current data is "far more accurate than what we had last month."

The disclosure of the backlog was the latest in a string of data problems that have plagued the state's public accounting of the pandemic and came as schools and universities prepared to resume instruction for the fall term.

While patients were notified of their test results, the cases were not reported to some local health departments, which meant those departments couldn't assign contact tracers to determine who may have been exposed to the virus.

The problems left some local officials and lawmakers frustrated.

"This pattern of folks at every level pretending like they have everything handled while behind closed doors they're so overwhelmed and behind that the data is meaningless... it's toxic and dishonest," state Rep. Erin Zwiener, D-Driftwood, said on Twitter.

Collin County took the unusual step of stamping its coronavirus dashboard with a warning that officials lack confidence in the data provided by the state.

"The Commissioners Court is 100% certain that the COVID-19 data being reported for Collin County is inaccurate," County Judge Chris Hill wrote on Facebook last week. The state has since assigned a dozen investigators to update the county's data.

Lara Anton, a spokesperson for the Department of State Health Services, said positive tests revealed in the backlog show there might have been more infections in July than state officials previously knew about, but the "additional cases would not have changed the overall trend or the recommendations for the public."

Several issues caused the delay in reporting more than 850,000 test results, some dating back to March. The first logjam of some 350,000 tests accumulated because the state could not process enough test results each day before an Aug. 1 system upgrade expanded its capacity.

In July, the state identified a separate issue with a private lab's data: An errant question mark in one data field prevented about 354,000 test results from transferring to the state's system. Two other laboratories that the state began working with had lengthy onboarding processes and formatting issues that caused delays in uploading their test results, Anton said.

As of Aug. 30, Texas has administered 5,345,631 tests for the coronavirus. We do not know the number of Texans who have gotten a test because some people are tested more than once. The state's tally also does not include pending tests. The average number of cases reported over the past seven days shows how the situation has changed over time by de-emphasizing daily swings.

The agency has fast-tracked the onboarding of more than 300 labs to provide testing data as quickly as possible, Anton said. The normal process can take between six and eight months to work out the bugs with uploading results to the electronic system.

Meanwhile, the state's positivity rate - the rolling average of people who test positive - swung wildly this month as backlogged tests were added, soaring to 24.5% Aug. 11 and plummeting to 10.8% a week later.

Abbott, who frequently cites the metric to explain his decision-making, has said anything above a 10% would raise a "warning flag" while a sustained rate below that could prompt him to loosen restrictions.

The Texas Tribune spoke to epidemiologists and health experts about the backlogged tests. The Tribune also spoke to the same experts about school reopenings.