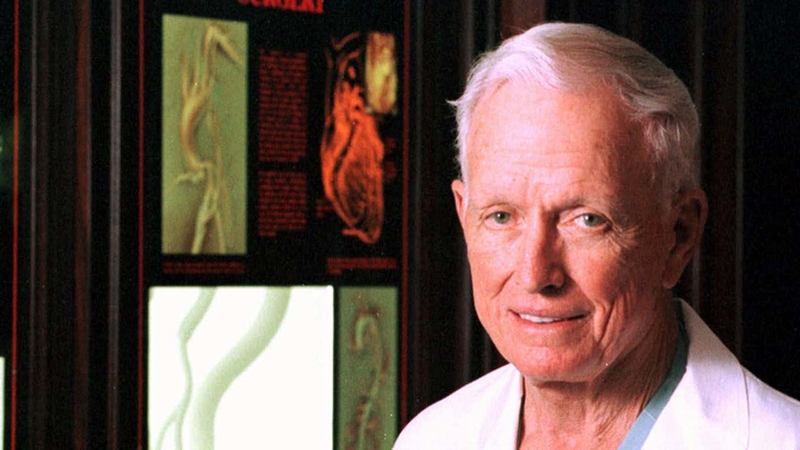 HOUSTON (KTRK) -- Dr. Denton Cooley was a trailblazer on the cutting edge of heart medicine.

FRIDAY AT 10 P.M.: Cooley's stately River Oaks home is for sale, and Deborah Wrigley takes you inside.

During his career, Cooley and his team at Texas Heart Institute performed more than 118,000 open heart operations. This is more than any other group in the world.

While Cooley is no longer with us, his legacy endures through his life-saving work and in the memories of those who knew him best, including his family and one former president.

His family shared memories of a man who pioneered heart transplantation, developed an artificial heart and founded the Texas Heart Institute.

"Ninety-nine percent of his patients were those that other doctors had given up on, and we said 'Denton, you can't do 18 operations a day and survive.' And he said, 'you tell me who I'm going to say no to,'" she said.

Barbara and I join the thousands of Houstonians, Americans, and admirers around the world who today are mourning the loss of a true giant, Dr. Denton Cooley. Denton's pioneering contributions to medicine are, of course, legend. But he also was a lifelong and leading citizen of Houston. All of us who call Houston home will always feel blessed to live in the city where Denton founded the Texas Heart Institute, making our hometown the global center of cardiovascular research and technology. You could even say it helps us sleep a little better at night. And of course Denton was a wonderful husband, father, and friend. He will be greatly missed, but we are happy he can rejoin his beloved Louise.

FRIDAY AT 10 P.M.: Cooley's stately River Oaks home is for sale, and Deborah Wrigley takes you inside.