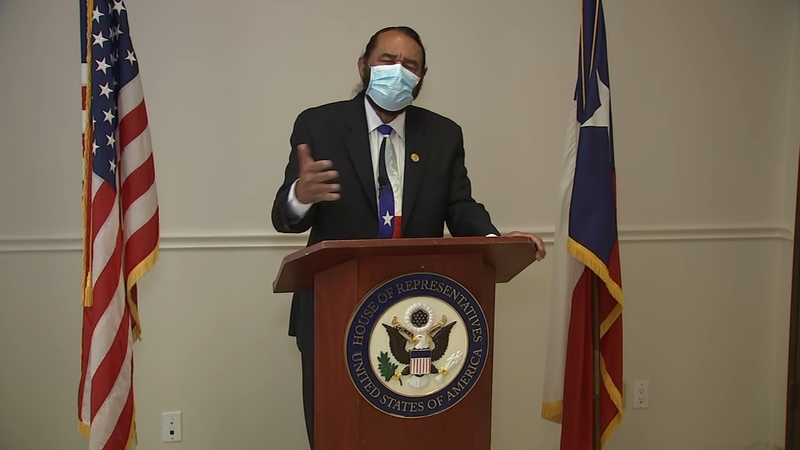 HOUSTON, Texas (KTRK) -- Days after the United States Capitol was overrun by a mob, leaving five dead, including a police officer, another Houston-area member of Congress is calling for a second impeachment process against President Donald Trump.

U.S. Rep. Al Green said Friday he's joining others calling for the president to be punished for the Capitol incident, saying he was responsible for what happened.

"Impeaching him for the insurrection is not enough," Green said. "We need to file articles of impeachment over his hate. If there is another vote on impeachment, it will include an article on the hate he has spewed."

Green is no stranger to the process. The Houston Democrat has brought three sets of articles of impeachment to a vote on the House floor against the president in previous years.

Green was one of the first members of Congress to call for impeachment, just months after Trump took office in 2016.

"We laid the foundation for the impeachment that ensued," Green said of the first impeachment process. "We made it possible for others to move forward with impeachment."

While an impeachment process can be lengthy, multiple sources told CNN a vote could be brought to the floor as early as the middle of next week. While there were some dissenters concerned that the move could be perceived as an overreach and turn off Trump supporters in their districts, the view among most top Democrats -- including House Speaker Nancy Pelosi -- is that Trump should be held accountable for his actions.

The events of Wednesday, the images that have played across television screens, the accounts of what happened throughout the Capitol complex and the President's approach to all of it before and after have all culminated in members feeling like something has to happen now. Pelosi said it Thursday at her presser, members have been texting her nonstop "impeach, impeach."

While the number of Democrats calling for impeachment has grown, not everyone is on board.