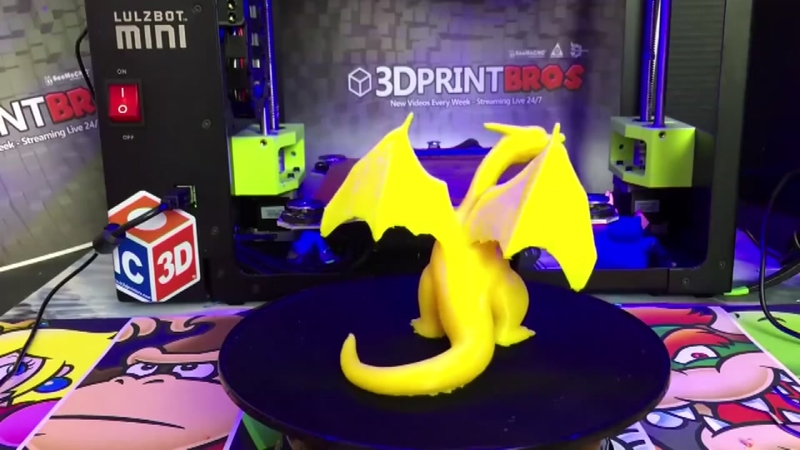 "I would see groups of people getting together and finding these Pokemon Go on their phone, and I thought, why can't they actually find, like, a real Pokemon?" Hill said.

Using his 3D printer, Hill wants to give Pokemon-hunters the opportunity to go out and really find them.

"I said, 'I'm going to hide a couple of Pokemon here in Dixon, if you guys want to go out and find them. I'll post a picture. Find them.'"

He was overwhelmed by the attention his first post got.

"It just kind of blew up and from there, pretty much every day this month I've been hiding Pokemon," he said.

The importance of doing this is giving back to the community and letting people know what they mean to him.

Within moments of Hill's most recent post going up, more than a dozen people gathered and dozens more were showing up.

Katherine Kolver said she's been on several hunts and she loves how it brings people out, and she gets the nostalgia.
"I grew up playing the games and watching the show," Kolver said. "That was back before it was actually cool to watch the show."

Another hunter said in order to find her keepsakes, she keeps on the move, "digging and running everywhere."

Hiding Pokemon isn't just something Hill does for other families. It's also something he and his family do together.

The reaction to the local phenomenon he created has made him feel a way he could have never predicted.

"I feel truly blessed to be able to participate in something like this," he said.

He plans to do a large-scale Pokemon hunt in April, instead of an Easter egg hunt.