HOUSTON (KTRK) -- The No. 13-ranked Houston Cougars survived a game that literally came down to inches Saturday night against Tulsa. 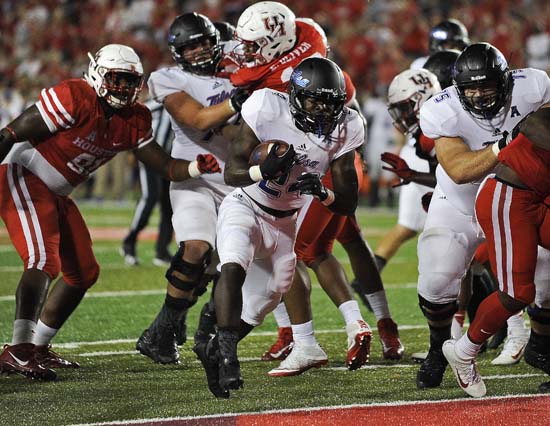 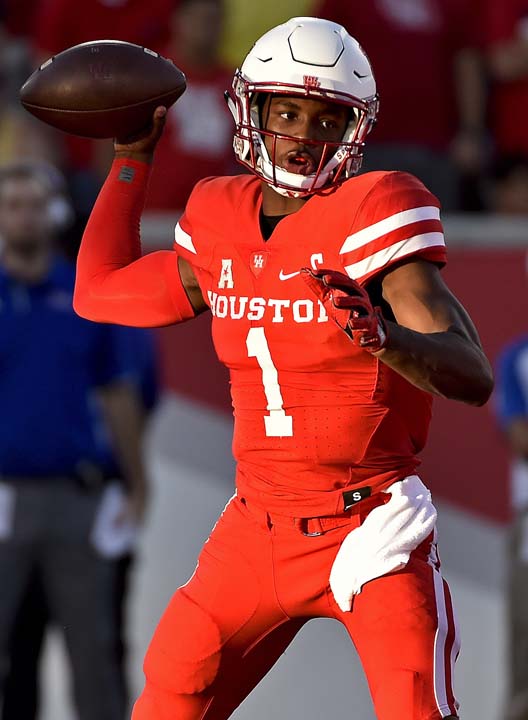 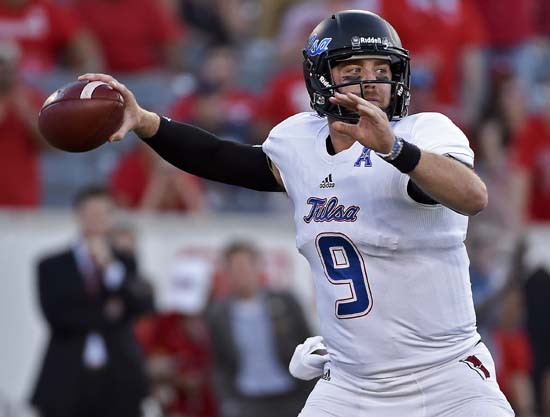 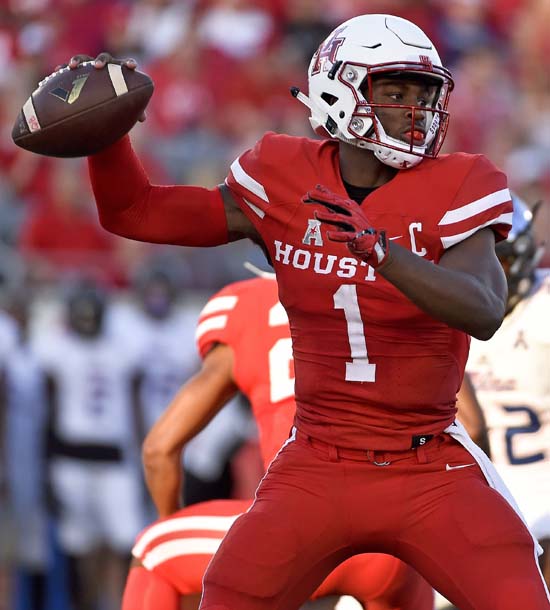 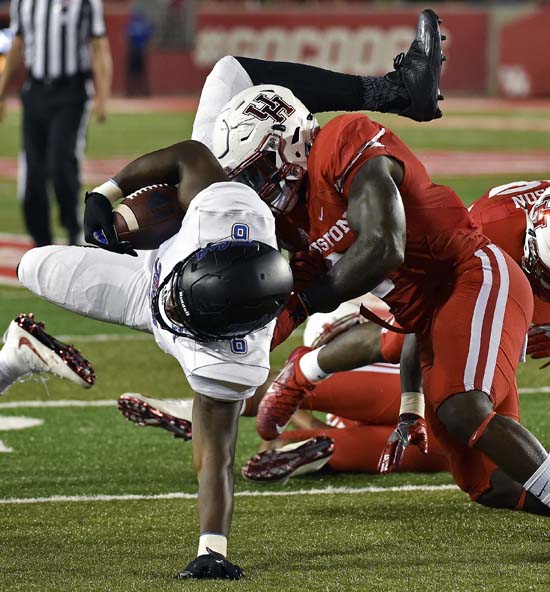 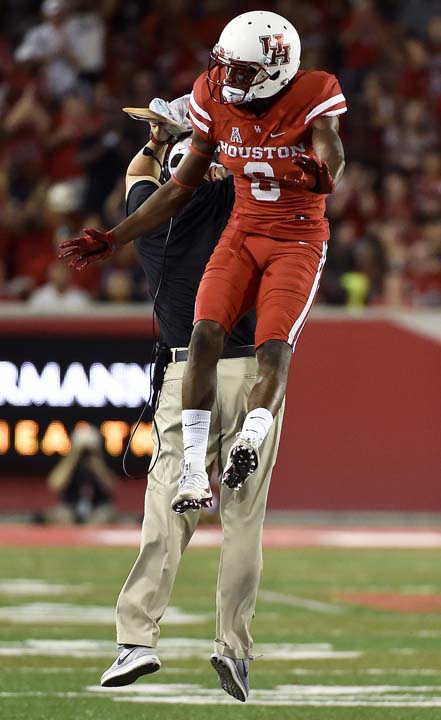 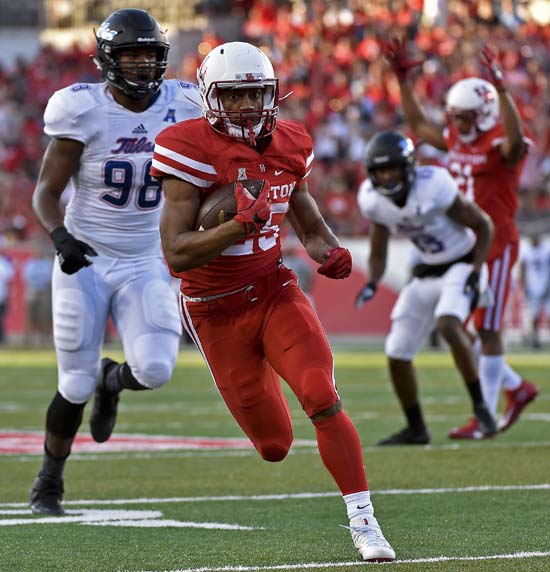 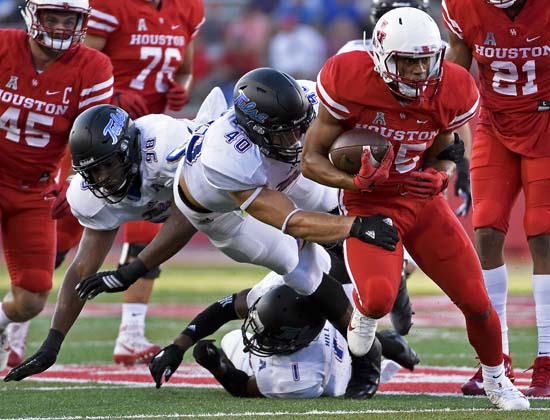 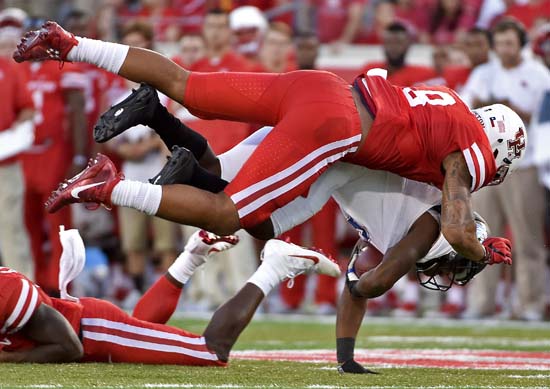 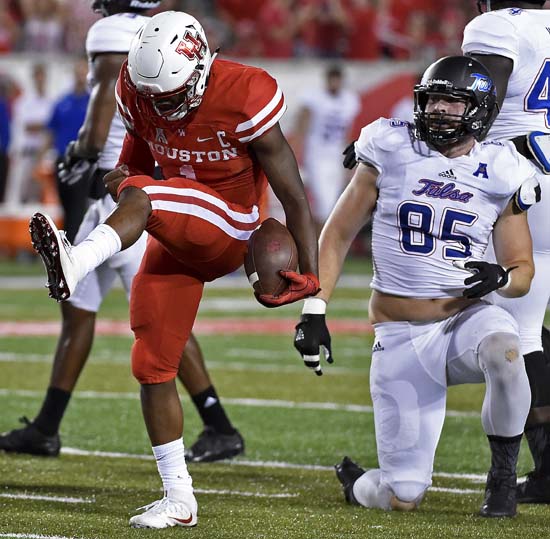 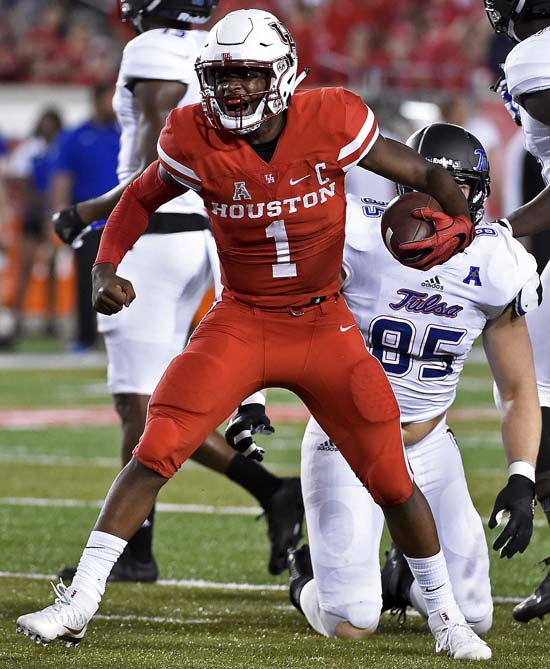 1 of 11
Tulsa running back Corey Taylor II, center, runs into the end zone for a touchdown in the first half of an NCAA college football game against Houston.
Eric Christian Smith