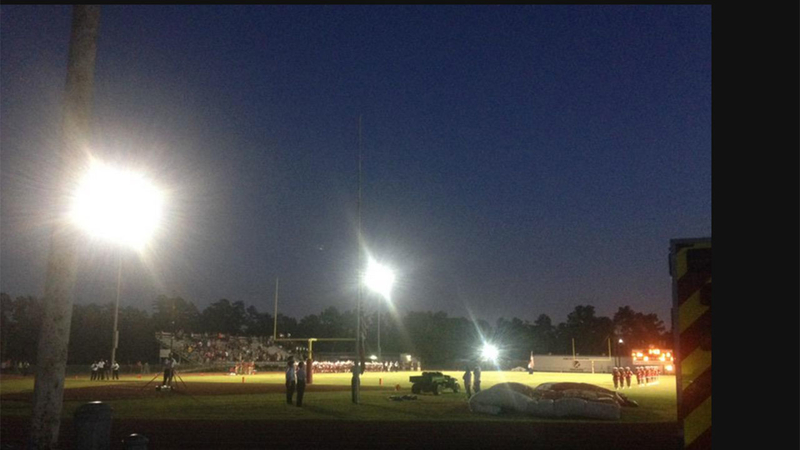 CLEVELAND, TX -- Police are investigating after a Cleveland ISD student collapsed in the parking lot of a high school and died.

According to Cleveland ISD Police Chief Rex Evans, 14-year-old Isaac Brooks was walking to the football game at the Cleveland High School stadium and collapsed in the parking lot.

Evans says he and a coach tried CPR on the middle school student until emergency responders arrived.

"Once Cleveland fire and EMS arrived, they took over CPR and doing all the things they could possibly do," Evans said.

But all that wasn't enough to save him. Brooks he was pronounced dead at the hospital.

Evans say Brooks did have an underlying heart condition, but was still able to play middle school football. It's not yet clear if a health condition played a role in his death.

Isaac's friends say he hit the concrete pretty hard when he fell.

"It's just, that's just unexpected for that to happen," friend Tabbie Hammilton said.

A moment of silence was held before the start of the football game.

Meanwhile, Chief Evans has a message for the teen's mom: