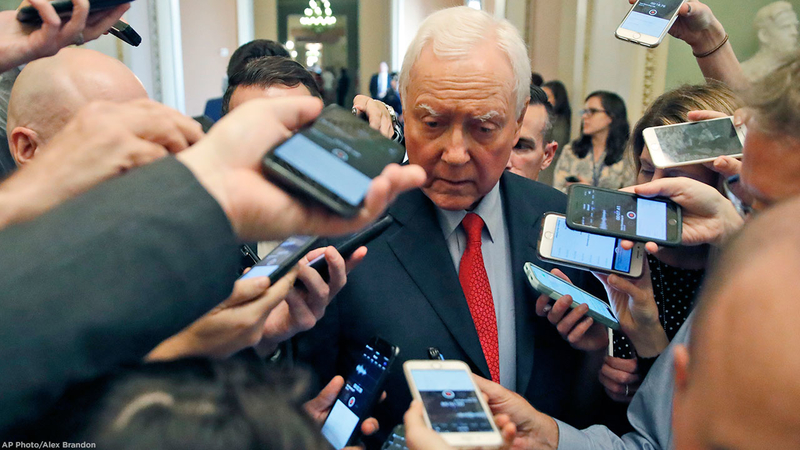 WASHINGTON -- A long-serving Republican on the Senate Judiciary Committee said Christine Blasey Ford, the woman accusing Supreme Court nominee Brett Kavanaugh of a sexual assault when they were teenagers, is "attractive" and "pleasing."

Utah's Orrin Hatch made the comments as the committee broke for lunch after hearing several hours of testimony from Ford.

Kavanaugh has denied the allegations, and when Hatch was asked whether he found Ford to be believable, he said: "It's too early to say. I don't think she's uncredible. I think she's attractive -- a good witness. But it's way early."

And when a reporter asked 84-year-old Hatch what he meant by saying the 51-year-old was "attractive," he said: "In other words, she's pleasing."

He later added: "I'll say this. She's attractive, and she's a nice person and I wish her well."

"Hatch uses 'attractive' to describe personalities, not appearances," he said. "If you search his past quotes you'll see he's used it consistently for years for men and women he believed has compelling personalities."