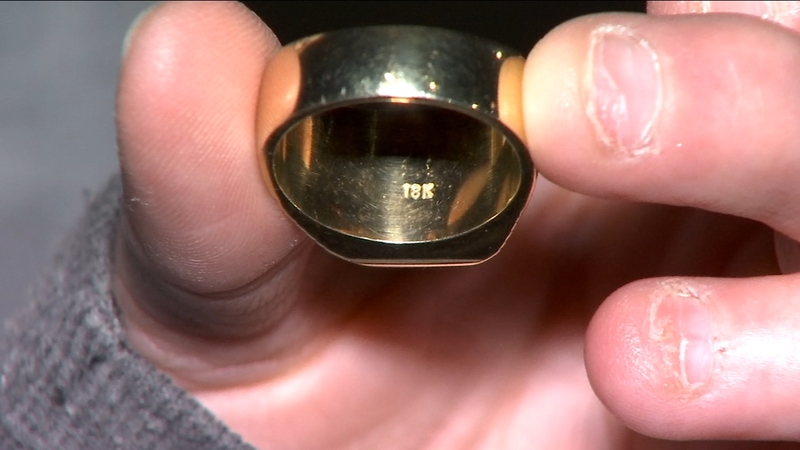 FRESNO, California -- Kristy Thomas says her cousin was approached at the gas station Sunday afternoon by a driver desperate for cash.

"He really couldn't spare the money, but he really felt the guy needed it," Thomas said. "He had all these kids and an older lady in the vehicle."

Investigators said that man is a prolific scammer they've been chasing up and down the state of California.

He poses as the driver of a broken down SUV with kids inside. If drivers stop, he tries to sell them gold jewelry. If they don't buy, he jumps in front of the car.

ROADSIDE SCAM: The CHP says a scammer has been targeting people all across the state, posing as the driver of a broken down SUV with kids inside. If drivers stop, he tries to sell them gold jewelry. If they don't, he jumps in front of the car. Hear from a victim's family at 11. pic.twitter.com/NJ9TQx2KxA

Thomas said the man told her cousin he was from Dubai and needed money for the ATM.

Her cousin ended up buying a gold ring, only to find out it was a fraud when he took it to a jewelry store.

Investigators believe they are searching for more than one scammer.

It's too early to say if they are working together, or if some may be copycats.

"It's pretty sad, the people who can't afford to give it are still giving it," Thomas said.