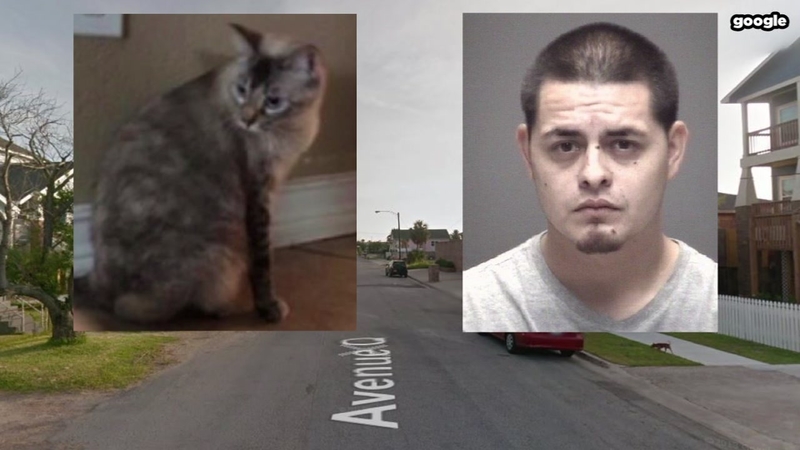 GALVESTON, Texas (KTRK) -- A man was arrested after stabbing a family cat 12 times while a child was firing an AK-47, according to Galveston police.

Authorities say the incident happened Monday in the 5700 block of Avenue Q when the girlfriend of Mario Eduardo Salinas, 27, told police he was threatening to kill her and her pets, and take her kids.

Shortly after, officers were dispatched to Salinas' residence in reference to gunshots being fired. Salinas was not on location when officers arrived but arrived shortly after.

Police say Salinas had blood on his boots and clothing, and an investigation determined Salinas had threatened his girlfriend.

According to witnesses, Salinas stabbed the family cat, "Snowflake," to death with a kitchen knife. While he was reportedly attacking the family pet, Salinas's 4- year-old child found an AK-47 rifle and fired it.

Investigators say Salinas left the location with the children and disposed of the family cat, then returned to the residence to find police already there.

Salinas was arrested when he arrived back to the house. The children were not hurt.

Animal control officers later located the family's cat in an alley several blocks away. The cat was taken to a veterinarian for a necropsy, where the veterinarian determined the cat had 12 stab wounds to its body.