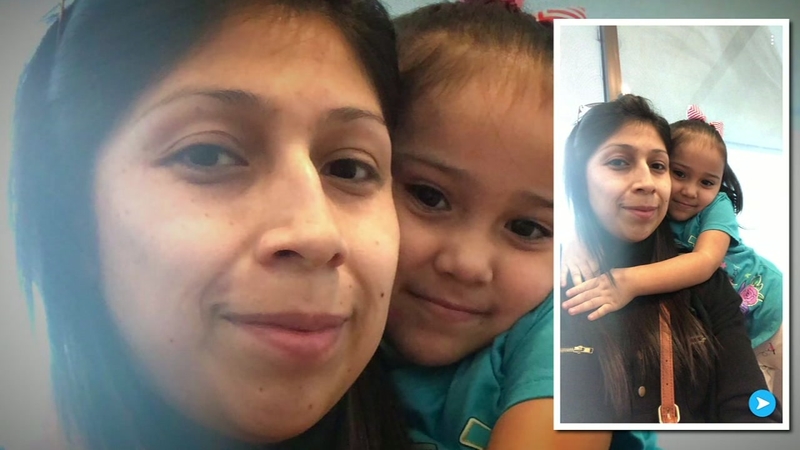 HOUSTON, Texas (KTRK) -- Police say the case of a Houston mother missing since June is now a homicide investigation.

Maria Jimenez-Rodriguez is described by family and friends as outgoing, intelligent, responsible and devoted to her 4-year-old daughter Destiny.

The single mother was a paralegal working at the Milledge Law Firm for the last six years.

"She would always show up to work about 15-20 minutes early to make sure everything was set," said Samuel L. Milledge.

Her family says she left her house on time that morning, dropped her daughter off with the babysitter and went to work in her silver truck.

But 30 minutes after she was supposed to be at work, she began sending strange text messages to her boss and co-worker, first telling them she would be late. Then more than an hour later, she sent a message saying she was turning around to go pick up her toddler from the babysitter.

"It was kind of weird messages, didn't seem like her at all," said Brenda Lopez, her co-worker.

Maria never arrived when she said she went back to the babysitter's house, and later that evening, Lopez received a text from Maria's phone saying: "Sorry I'm ok and Des is fine but this red truck with two white boys or Hispanics seem like they been following me call you from a safe place."

Friends and family do not believe that was Maria texting at all.

Her silver truck was found the next day, parked a few streets away from her east Houston home.

"Parked, locked as if nothing had happened. Someone just parked the vehicle there and walked away," said her sister.

Texas EquuSearch volunteers were called in, but found nothing during a mid-summer search.

After months of investigation, Houston police say this is now a homicide case.

They tell us they have a person of interest, but will not say more.

Maria's family and friends refuse to give up hope.

Inside her office, everything remains the same. A picture from her daughter's second birthday hangs on the wall and a red sweater is folded next to her desk.

"In my heart of hearts, I want her to come back and I don't want to believe that she's gone until I see a body," said Milledge.

If you know anything about the disappearance of Maria Jimenez-Rodriguez, please call Houston police at 713-308-3600.