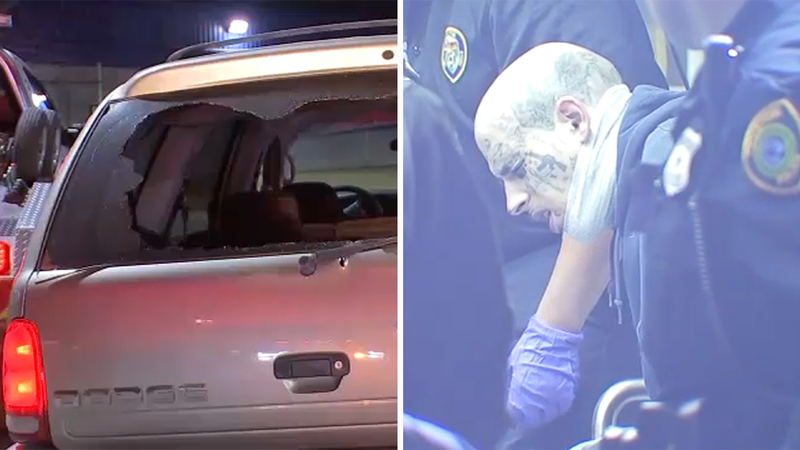 Around 11:40 p.m. Monday, Houston police said a wrecker driver and his passenger were in the stalls of a car wash on Broadway and Brumblay.

As the passenger was putting quarters in the machine, he told police a man got out of a vehicle and approached him.

Police said the man pulled out a gun and opened fire, shooting the passenger in the abdomen.

Investigators believe the suspect was trying to rob the wrecker drivers.

The suspect then jumped in his car, without stealing anything. Police said one of the victims was armed and tried to shoot at him.

Another wrecker driver chased the suspect down and gave his license plate information to HPD, investigators said.

Officers were able to track him down to I-610 and Long after a short chase.

"He crashed. He got out of the vehicle and ran across the freeway. Our K-9 and also our Fox, which is our helicopter, were able to spot him," Lt. E. Pavel said. "We set up a perimeter and a K-9 dog was able to catch the suspect."

The suspect was taken to the hospital after he sustained a K-9 bite.

The wrecker driver who was shot is expected to survive, HPD said.