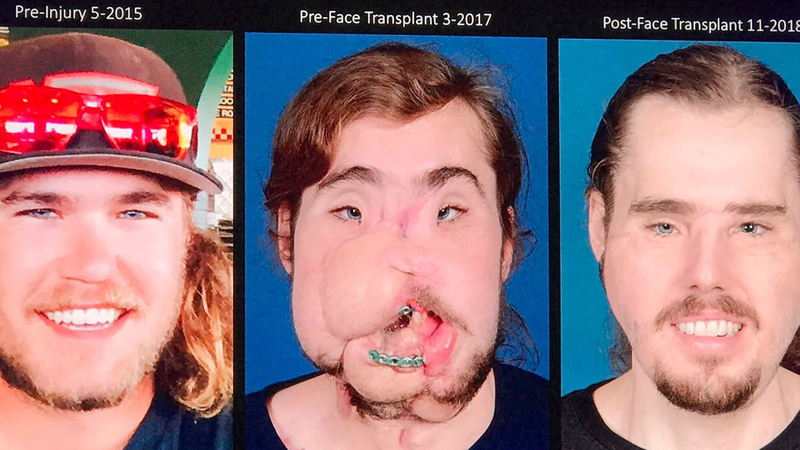 NEW YORK CITY -- He's one of the youngest face transplant recipients in the world and one of the fastest to recover.