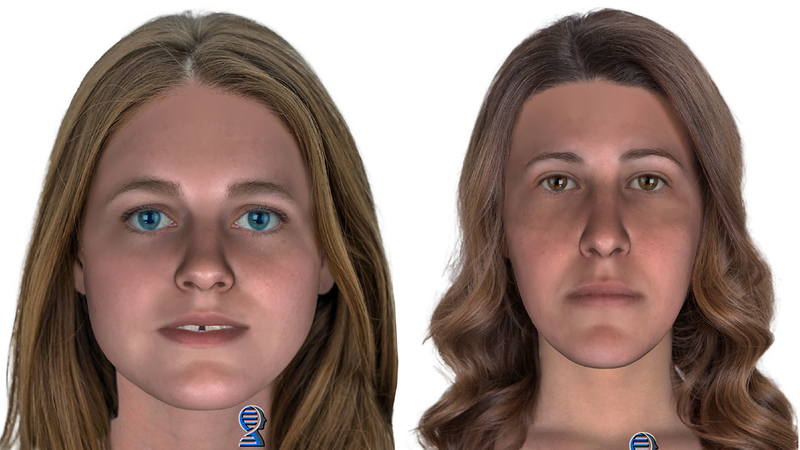 LEAGUE CITY, Texas (KTRK) -- Police in League City are hoping new renderings of two women whose remains were found decades ago in "The Killing Fields" will help identify them.

For almost 30 years, they have been known as Jane and Janet Doe. One set of remains was found on Feb 2, 1986, and the other on Sept. 8, 1991. Both were discovered on Calder Road near I-45 in League City. The new renderings are based on Snapshot DNA Phenotyping and are giving detectives insight into a victim's features as well as genealogy.

Miller's daughter, Laura, went missing Sept. 10, 1984. Her body and the body of Heidi Villareal-Fye were found in the same area as Jane and Janet Doe. League City police have called them the "Calder Road" cold cases.

The 1986 victim likely has ties to Tennessee. She was about 22-30 years old, 5'5" to 5'8" in height, and she may have died six weeks to six months before the remains were found. She also may have had fair to very fair skin, blue or green eyes, blond/brown hair, and no or few freckles.

The 1991 victim has ties to Louisiana. Analysis shows she was 24-34 years old, 5' to 5'3" in height, and weighed 100-130 pounds. Police believe she died six weeks before being found. She also appeared to have injuries to her upper spine that may have led to her death.

Thirty bodies have been found in the so-called "Killing Fields" since the 1970s. Some murders have been solved and linked to serial killers. Others, including Laura Miller's, remain open. Jane and Janet Doe have still not been identified.

"Let's hope we can get these girls identified," added Miller. "There are aunts and uncles, and hopefully, brothers and sisters and friends. They're still wondering and wondering."

Anyone who recognizes the faces is urged to contact Lt. Michael Buffington at 281-338-8220.