The new factory will build Tesla's upcoming Cybertruck pickup and will be a second U.S. manufacturing site for the Model Y small SUV, largely for distribution to the East Coast.

Tesla will build on a 2,100-acre (85-hectacre) site in Travis County near Austin and will get more than $60 million in tax breaks from the county and a local school district over the next decade. Work on the plant, which will be over 4 million square feet, is already underway, Tesla CEO Elon Musk said.

He did not put a number on how many vehicles the facility would produce. "Long term, a lot," Musk said.

The company has pledged to invest $1.1 billion and said it will pay a minimum wage of $15 per hour to employees and provide health insurance, paid leave and other benefits.

The area that's home to the University of Texas at Austin and tech companies such as Dell Inc. was a candidate for the plant all along, but Tulsa, Oklahoma, emerged in mid-May as another possibility.

Tesla doesn't have a lot of time to get the factory running if it wants to meet target production dates. The company says on its website that the Cybertruck will be available starting late next year. Tesla has often missed promised production dates in the past.

Musk has reportedly been happy with Texas, where his SpaceX rocket company has operations in Brownsville and in McGregor north of Austin.

The new factory will be Tesla's biggest so far, although it may not employ as many workers as the 10,000 at its factory in Fremont, California. The electric car maker has said it wants the new factory to be in the center of the country and closer to eastern markets.

The Fremont factory currently is Tesla's only U.S. assembly plant. It has a second U.S. factory in Reno, Nevada, where it builds batteries for its vehicles and employs about 6,500 people. Tesla also has a factory in Shanghai and another one under construction in Germany.

Musk has been unhappy with California, where earlier this year he flouted local orders to stay closed to help stem the spread of the novel coronavirus. Musk has threatened to move the company's headquarters out of Palo Alto and all future vehicles out of the plant in Fremont, a reworked factory that once was run jointly by Toyota and General Motors.

Republican Texas Gov. Greg Abbott has not allowed cities and counties to impose local orders that would close businesses as the virus began surging to record levels this summer. The state did not give Tesla any additional financial incentives, Abbott spokesman John Wittman said.

"Tesla is one of the most exciting and innovative companies in the world, and we are proud to welcome its team to the State of Texas," Abbott said in a statement.

Texas has no corporate or individual income taxes. It also touts the region's young workforce as one of the most educated in the country. Nearly 47% of adults have at least a bachelor's degree, pushing Austin into the top 10 among large metro areas, the site says. But at present, Tesla can't legally sell its vehicles in Texas. A state law requires cars to be sold through franchised dealers, not company stores like Tesla operates.

Tulsa put up a good fight, but may have been used to win better terms from Texas. Oklahoma boasts about its low tax rates and cost of living, particularly low utility costs. Musk even visited the Tulsa site earlier this month.

Oklahoma hasn't had an auto manufacturer in the state since General Motors shuttered its Oklahoma City facility in 2005, but Tulsa is home to an American Airlines maintenance facility that employs about 5,200 workers. 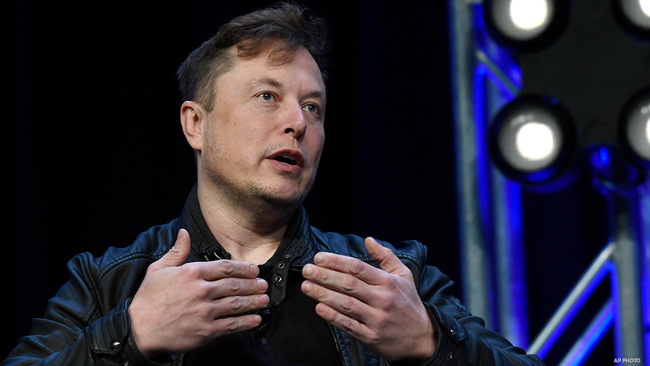 18-wheeler flies off I-45 and crashes into Aquarium parking lot
Rehab owner in rape case held 'I killed 2 people' sign as teen
You can land a job in the East End for $35 an hour
91-year-old professor goes viral in online teaching photo
Firefighter dies battling wildfire sparked by gender reveal
Show More
Dems propose canceling $50K in student loan debt per person
Nike Colin Kaepernick jersey sells out in less than 1 minute
After 50 years, a Bridge City man is reunited with class ring
Houston Botanic Garden opens to the public today
Mom fired from working at the motel her son died at
More TOP STORIES News