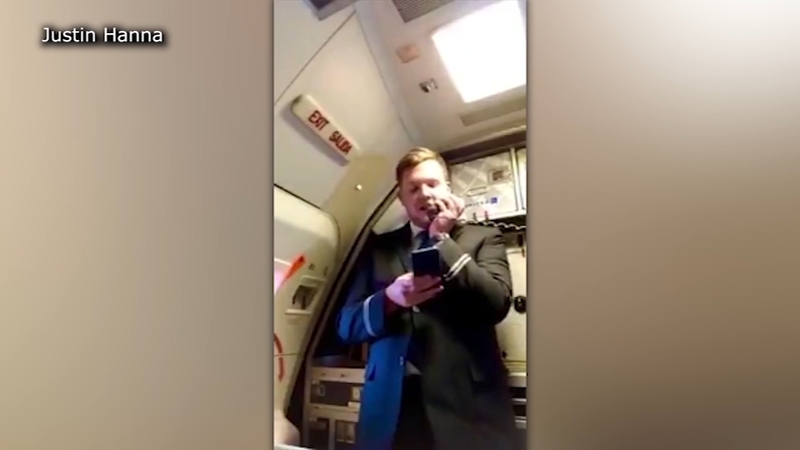 HOUSTON, Texas (KTRK) -- Thousands of airline workers lost their job Thursday, but experts say passengers may not notice an immediate impact to flights, or price.

Justin Hanna got on the microphone like he's done countless times before Thursday to welcome passengers to Houston. But for the flight attendant, the announcement was one he dreaded.

Hanna let the passengers know this was his final flight.

"I actually just turned my things in for the last time," Hanna explained. "I turned my ID badge in. I turned in my work phone."

On Thursday, 32,000 United and American employees were fired, or furloughed, after federal dollars ended. In Houston, United estimated about 1,300 would lose their jobs last month. They say the number is actually lower because of a pilot agreement. The airlines said jobs could come back, but it would require federal support. Right now, lawmakers are working on a $25 billion airline package, but nothing is finalized.

"We want to work," Hanna said. "This is why we choose to become a flight attendant, is to fly in the friendly skies with people that we love and care for."

Fewer people are working for the airlines, but experts say passengers may not notice. Gary Leff, who writes for the blog viewfromthewing.com, said airlines have already altered schedules.

"There are fewer flights, fewer connections," Leff explained. "You may not have as convenient of a time. You may have a longer layover than you're used to, but that's just because airlines are scaling to meet the level of reduced passenger demand."

Leff said the lower demand hasn't hurt prices, including the holidays. He said expect to see deals this season, and you don't need to rush.

"There are good deals, but if you don't see the deal you want now, it's not like a normal holiday where you have to book early in order to get a good deal. If you're not happy with the deal you're seeing, just wait a little while and keep checking back," Leff explained.

Experts believe it could take four years for airline travel to return to pre-pandemic numbers. It's not the only industry hurting.

"Until we solve the health issues around in the country, and Houston, we're not going to see these jobs, and things flow back," Vollrath explained.

"That was the Great Depression happening all at once in a month," Vollrath said. "We're climbing back out of that hole, but we're not out of it."

Hanna says he can't wait that long, and fears the Houston arrival announcement he made Thursday will be his last.

"My lanyard no longer has a badge in it," Hanna said. "I'm driving out of the employee parking lot for the very last time. Seeing flight attendants pass us and go back into work, it's tough."