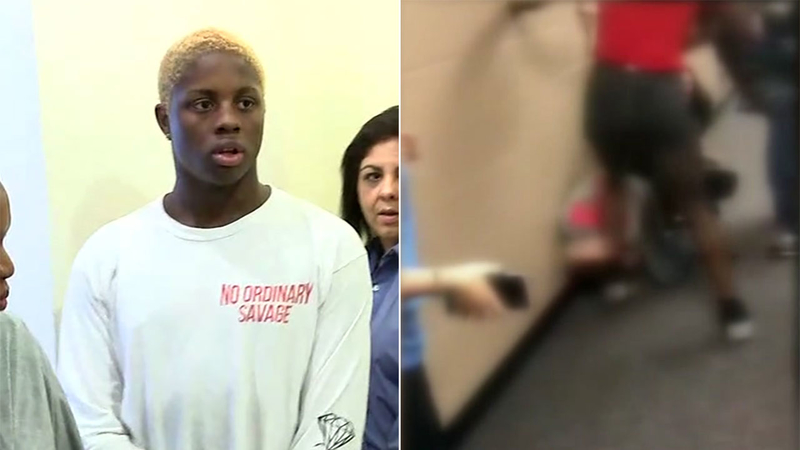 TOMBALL, Texas (KTRK) -- The 17-year-old transgender student who was captured on video in a violent fight at Tomball High School faced a judge Tuesday.

She pleaded not guilty to the assault count.

Perry, who is transgender, told Eyewitness News that the video only tells one side of the story. She said weeks of bullying lead to her attacking fellow classmates at the high school.

Perry said the fight started after a photo surfaced online with a rude comment.

"There was so much going on. I felt like no one was helping me at school although they have a zero tolerance policy for bullying, but everyone bullied me," Perry said.

According to Perry, she's no longer a student at Tomball High School and is now attending an alternative school.

Eyewitness News asked the school district about any reports from Perry regarding bullying, but they said they are investigating and cannot comment.