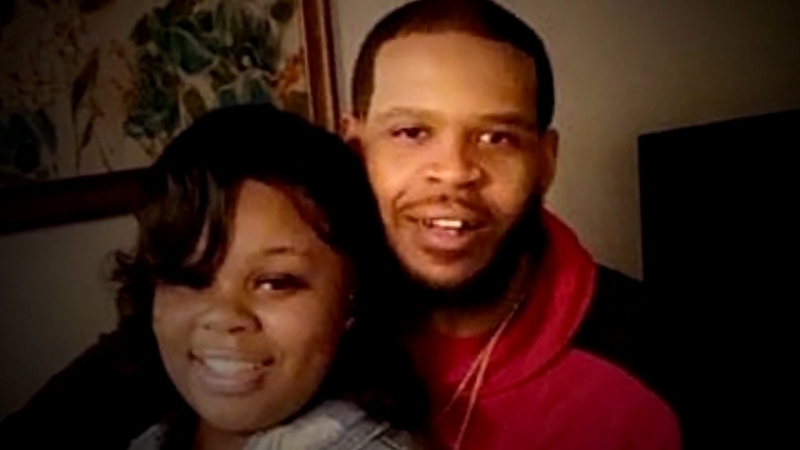 Houston rallies for Breonna Taylor on her birthday

HOUSTON, Texas (KTRK) -- Just three days after 60,000 people marched in support of George Floyd, another gathering is happening in downtown Houston to call for justice in the death of Breonna Taylor.

A rally for Taylor, who was the black woman shot and killed in her own home by Louisville, Kentucky, police, took place at Discovery Green on Friday, which would have been her 27th birthday.

While the officers involved in Floyd's death have been arrested and charged, the officers who opened fire at Taylor have yet to face similar consequences. Louisville police said a "no-knock" warrant was being served in the March 13 incident.

The FBI opened an investigation into the case, and Taylor's family has since filed a wrongful death lawsuit against the police department.

The deaths of Taylor, Floyd and Georgia man Ahmaud Arbery have been cited as recent examples brought up by protests across the country calling for the end to systemic racism. Floyd, a Houston native, died after a white officer was seen in video kneeling on his neck. Floyd's friend insists he wasn't resisting an arrest.

60,000 STRONG: Relive some of the most powerful and peaceful moments from Houston's march for George Floyd.

Arbery was shot and killed when three white men cornered him while he was out jogging. While the suspects claimed they were looking for a burglar, prosecutors said at least one of the men said a racial slur when Arbery was dying.

Organizers of the rally for Taylor are also calling on reforms for Houston police.

The second rally in Baytown in two days. The impact of George Floyd is encouraging people to voice their own stories of inequality and injustice. Another rally today 3 PM Discovery Green pic.twitter.com/rfE3mvaRDg