Boy discovered living in closet in west Harris Co. has meth in his system, investigators say 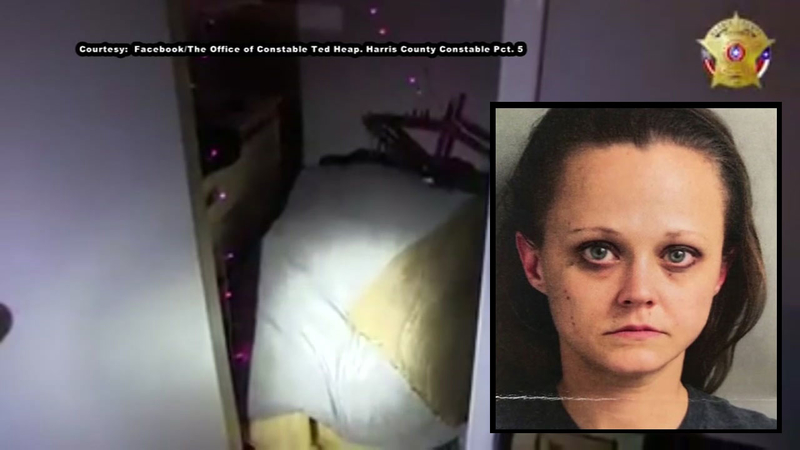 Boy discovered in closet has meth in his system, investigators say

HOUSTON, Texas (KTRK) -- Tests run on a little boy allegedly forced to live in a closet in west Harris County show he was exposed to meth, according to an attorney appointed to represent the boy's interests.

A judge today granted CPS temporary custody to keep the 4-year-old as they continue to investigate the living conditions in which he was discovered December 20th.

On that day, deputies with Harris County Precinct 5 Constable's Office served a search warrant at a home in the 22000 block of Goldstone Drive. They believe someone was making and selling methamphetamine from the home, located in the West Memorial subdivision.
"The detail on this case is very awful. This is a 4-year-old child who has seen things an adult should not have seen," said Rachel Leal-Hudson, the boy's attorney Ad Litem.

Investigators are not sure how long that little boy was living at the home. He told investigators he had been locked in this closet, and according to testimony in court was "...not allowed out of it for hours at a time." He also told investigators "...his friends..." were the "...rats and roaches..." that would visit him.

"He can articulate some things that are really shocking and surprising that tell us he was in there for a quite a length of time," Leal-Hudson said.

What's more, the boy told authorities he was forced to sit on top of a tall refrigerator as punishment for sneaking out of that closet. He said he was afraid he would nod off and fall.

His mother wasn't home at the time of the raid. She was arrested when she came home and is charged with endangering a child. April Burrier told investigators someone else was to be taking care of her son. Investigators say she was too high or otherwise intoxicated to tell them where that person was or how to get in touch with them.

The boy was placed in temporary foster care.

ABC13 reporter Kevin Quinn reports from outside the home where the boy was found several weeks ago.

His father, in court today trying to get back custody of the boy, said he'd left the child with his mother just after Thanksgiving. Robert Dehart claims he had no idea his son would endure any of this.

The father though has a history of drug convictions and prior contact with CPS. Until today, authorities say he refused to submit to a drug test.

For now, a judge has granted custody of the 4-year-old to CPS. The case will be back in court next month after authorities have a chance to process a drug test the judge ordered be taken on him today.

Meantime, investigators are still searching Daniel Clark Morris III, who was allegedly making and selling the meth out of the home where the boy was discovered.