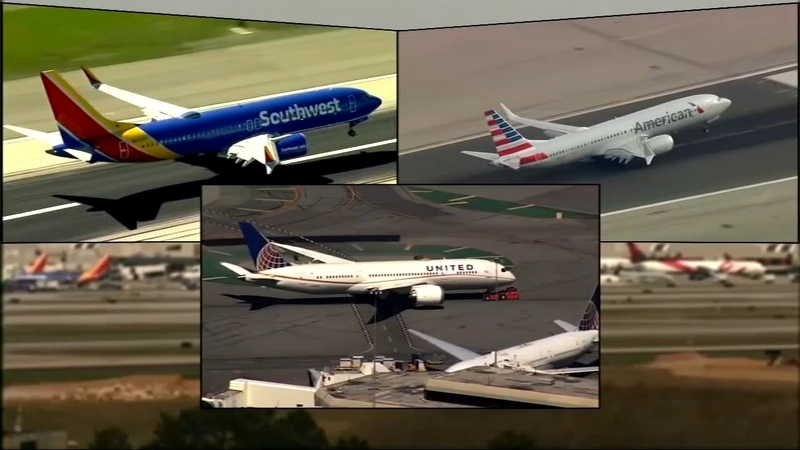 CHICAGO -- The FBI is now involved in the investigation into how Chicago-based Boeing's MAX planes were approved by the FAA.

Inside the cockpit, the last seconds of Lion Air Flight 610 were a scramble to recover and a prayer for survival, both of which failed.

Just before the Boeing 737 Max crashed into the Java Sea a co-pilot took the controls while the other searched through a technical manual, trying to figure out how to stop the nose of the plane from diving.

"There's this chaotic situation in the cockpit, the pilots are trying to figure out how to solve it and they're not making progress," said Alan Levin of Bloomberg.

Bloomberg reports just a day before the very same plane had a very similar problem. It was only the quick work of an off-duty pilot flying in the jump seat that the plane didn't crash when the same anti-stall system malfunctioned, Bloomberg found.

"He took the appropriate action, turned off the electronic system and controlled his tail manually and landed the aircraft," said Scott Brenner, former FAA official.

The problem was written up, but the same plane took off again the next day and crashed 12 minutes into flight. Boeing said its manual calls for auto-pilot to be turned off.

One of the last airborne Boeing 737 MAX8s touched down at Midway last week after the FAA grounded the fleet.

While the full fleet of Boeing's brand new plane sits on the ground around the world, the Chicago-based manufacturer said new software will be released soon.