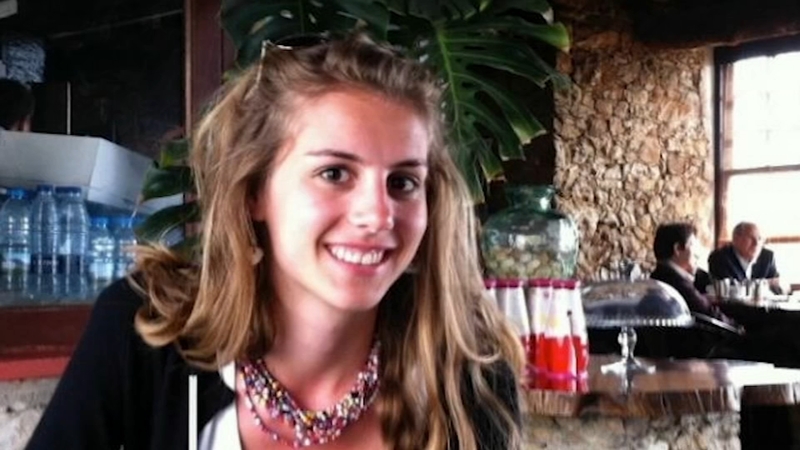 CHICAGO -- A wrongful death lawsuit was filed Thursday in Chicago against Boeing on behalf of a 24-year-old woman who died in last month's Ethiopia Airlines crash.

Samya Stumo, originally from Sheffield, Massachusetts, was on a work trip with Washington D.C. health systems development organization ThinkWell when she was killed in the crash on March 10. She was a niece of Ralph Nader, the consumer rights advocate and past presidential candidate.

Attorneys held a press conference Thursday morning with Samya's parents and her brother. It is the first lawsuit filed on behalf of an American killed in the crash.

"As somebody who has lost the dearest person in my life, I want her death not to be in vain. I don't want anybody else to die," said Stumo's mother, Nadia Milleron.

The young woman who taught herself to read at age 4 and graduated high school early was among the victims of the Ethiopian flight 302 crash. The Boeing 737 Max 8 jet crashed shortly after takeoff from Addis Abba, killing all 157 on board.

"The potential of my sister and 156 others (was) driven straight into the ground because of Boeing's greed," said Adnaan Stumo, Samya's brother.

A preliminary report in the crash of the Boeing Max 8 that crashed six minutes after take-off found the attack sensor, a vane that sits outside the cockpit was hit by a bird or foreign object and it was sensor damage at take-off that led to the second 737 Max Crash in five months. The report said the plane's crew performed all recommended procedures by Boeing.

The crash followed another crash in Indonesia involving a Boeing 737 Max 8 jet. The plane has been grounded until Boeing releases a software fix.

"This was a conscious disregard for safety in continuing on in that aircraft without fixing the problem," said Frank Pitre, an attorney for the Stumo family.

The complaint accuses Chicago-based Boeing of negligence, breach of warranty, strict liability, failure to warn and civil conspiracy. A separate claim is being filed against the FAA, attorneys for Stumo's family said.

"They should not have delegated that responsibility or as much responsibility to Boeing and should have made their own independent determination that this system was safe," said Kevin Durkin, another attorney representing the family.

Joe Schwieterman, a transportation expert at DePaul University, said the crash has shined a light on the FAA.

"Everybody knows that the kinds of watchdog functions of the FAA are gonna have to change," he said.

The Associated Press contributed to this report.
Report a correction or typo
Related topics:
chicagoloopmassachusettsboeinglawsuitu.s. & worldplane crash
Copyright © 2021 KTRK-TV. All Rights Reserved.
PLANE CRASH
2 injured after ejecting from Navy jet near Fort Worth before crash
Pilot OK after crash landing small aircraft near Magnolia
'Eyewitness to 9/11: Behind the Lens' | Watch Now
Surgeon, 2 family members killed in fiery plane crash in Victoria, MN
TOP STORIES
1 killed after car crashes into tree in SW Houston, HPD says
Sisters walking to their car say they were hit by driver Saturday
No charges for 4 former officers who shot at unarmed man 21 times
Man accused in road rage shooting after Astros game appears in court
How do Houston's homicide numbers stack up with big US cities
Two wet weather systems rain on Texas this week
Here's how officials determine which migrants will stay in the US
Show More
Houston says final goodbye to HPD officer killed while serving warrant
Former Houston police chief Acevedo now at risk of losing Miami job
R. Kelly found guilty on all counts in sex trafficking trial in NYC
Teen intended to 'smoke' cyclists, but plowed into them instead
Meet the cast of Michelle Young's season of 'The Bachelorette'
More TOP STORIES News