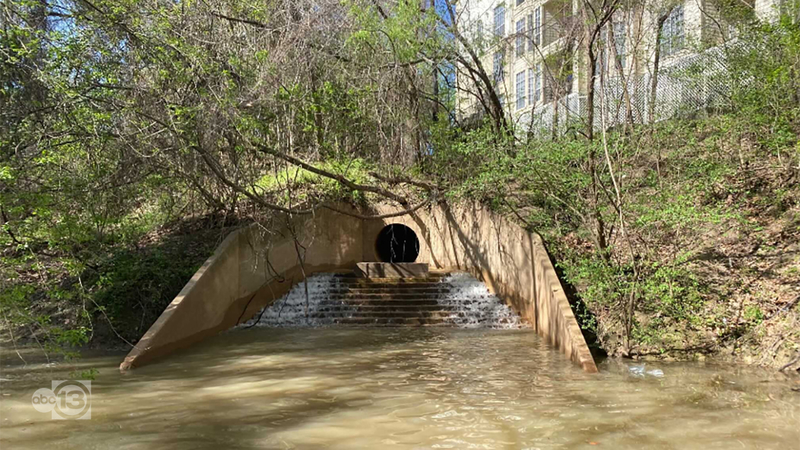 HOUSTON, Texas (KTRK) -- A man accused of sneaking into a River Oaks museum and then prompting a police chase on a boat on Buffalo Bayou has been arrested.

Lewis Robertson, 33, was taken into custody on Tuesday and is being charged with burglary of a building.

Last month, police received a report of a break-in at the Bayou Bend Museum, a branch of the Museum of Fine Arts Houston. According to MFAH, Robertson and a woman entered the museum through a grate to a basement window.

WATCH: HPD searches for the suspects who took off in a boat on Buffalo Bayou
EMBED More News Videos

It was like something out of a movie! Listen to the moments that officers searched for a pair of burglary suspects who got away by boat on the Buffalo Bayou.

Police say the suspects appeared to have a motor boat waiting for them in the bayou, which borders the museum.

Officers were staged on the West Loop feeder road bridge over the bayou, but before the suspects got that far, police say they hid with the boat somewhere near the Brenner's on the Bayou restaurant in a culvert.

WATCH: How did museum intruders use a getaway boat?
EMBED More News Videos

So how did they do it? ABC13's TJ Parker explains.

According to MFAH, no works of art were damaged and nothing was removed from the premises. The Bayou Bend Collection and Gardens sits on 14 acres, straddling both sides of Buffalo Bayou.

Robertson is currently out on bond. He did not appear for a scheduled court appearance Thursday morning. The woman remains on the run.