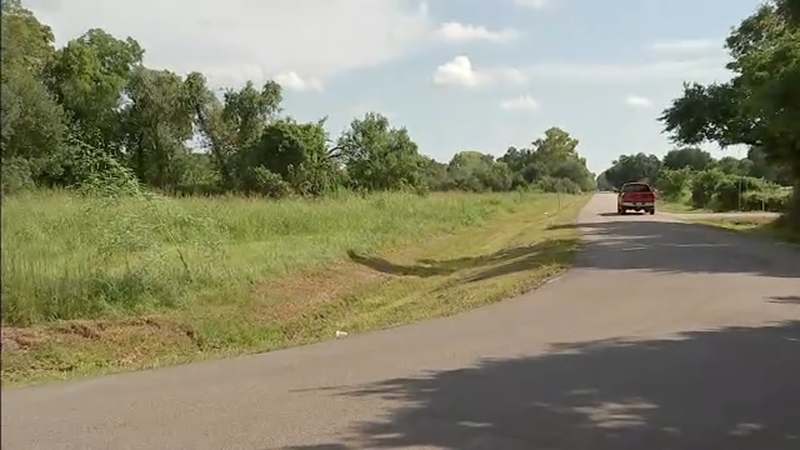 SANTA FE, Texas (KTRK) -- There are reports of an animal that may be a chimpanzee on the loose in the Santa Fe area, an animal shelter director and a parks official told ABC13 Tuesday.

According to Bayou Animal Services, the loose animal was last spotted Monday in the area of 19th Street and Avenue O.

Shelter staff initially said they've received reports the animal has harassed people and dogs and had attempted to take cats, but those claims could not be verified Tuesday afternoon.

As of Tuesday afternoon, Bayou Animal Services has been using a drone from League City Animal Control. Officials, though, called off a search despite the animal still being on the loose.

A team of primate experts has been called in to help with a search.

It's not known whether the animal belongs to anyone in the area.

Owners of chimps and a number of other exotic animals are required to have a Wildlife Diversity Permit that's issued by the Texas Parks & Wildlife Department.

Bayou Animal Services said its staff checked with license holders in the area and that all primates were accounted for on Tuesday.

While there have been a number of reports of sightings this week, the animal services group said they've only talked to one person who has made claims of seeing the animal.

Bayou Animal Shelter released a statement in the midst of the search:

Let's get down to monkey Business.

As you know by now, a monkey has been reported loose in Santa Fe

This is what you need to know.

#1 Do not approach, chase or try and catch a primate if you have sighted said loose monkey.

#2 Take a picture and call animal control ASAP. The picture is to verify what type of monkey this is.
Knowing the type will keep this monkey safe if it needs to be tranquilized.

#3 Do not go searching for the monkey. Extra people looking for this animal is going to cause a risk of someone getting hurt.

#4 A team that is certified in dealing with primates is on the ground now helping us locate the animal.
Do not interfere. Do not attempt to help. They are professionals and know what they are doing.

#5 Please do not call animal control or the police stations with false statements you yourself are unable to verify. This is not helpful to the authorities or the animal.

The safety of residents, and the animal are top priority. Please allow the primate team to do their job, and please keep phone lines free in order for us to take actual verifiable reports.

Citizens are urged to report any sightings to the non-emergency police department number or email Bayou Animal Services at info@bayouanimalservices.org."

Texas Parks & Wildlife spokesman Steve Lightfoot said the animal is believed to be a chimpanzee and that game wardens were aware of the search, but Santa Fe Police and Galveston County authorities are taking the lead on the search for the animal.

Santa Fe Police spokesman Lt. Greg Boody said officers investigated two sightings, but have yet to confirm the presence of the animal.

There were also rumors of an animal attacking people, but Boody said those claims were unsubstantiated.

"I'm not saying that there is no monkey, in fact, I'm sure there is one on the loose. Out here, anything is possible," Boody said in a statement.

According to the Jane Goodall Institute, a chimpanzee is not a monkey, but rather one of four types of "great ape." The other types are bonobos, gorillas, and orangutans. Chimps are not meant to be pets and can have five or six times the strength of a human being.