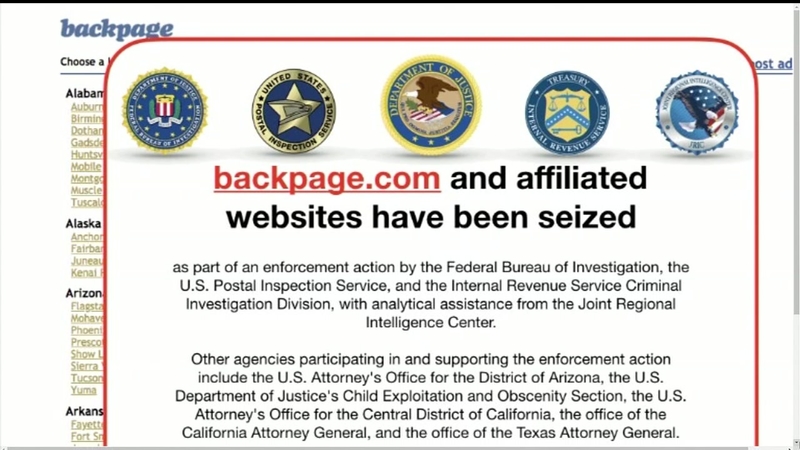 According to the indictment, the founders of the site used the internet to promote prostitution and money laundering.

An official with the U.S. Department of Justice told ABC News more than $500 million related to prostitution were laundered by the site using Bitcoin and other crypto-currencies.

The indictment includes details about 17 victims of sex trafficking, some as young as 14 years old.

The FBI began the process of seizing Backpage and its affiliated websites on Friday afternoon.

A notice appeared informing users of the website's seizure by the U.S. government.

The notice did not characterize or provide any information about the nature of the seizure.

Authorities said advertising related to those services were "extremely lucrative."

On October 6, 2016, the CEO of Backpage.com was arrested at Houston's Bush Intercontinental Airport after arriving on a flight from Amsterdam.

Carl Ferrer was taken into custody following a joint investigation by the Texas and California attorneys general.

In December 2016, the state of California filed pimping and money laundering charges against Ferrer and former Backpage owners Mike Lacey and Jim Larkin.