USC professor explains origins of 'Baby, It's Cold Outside' amid backlash in #MeToo era 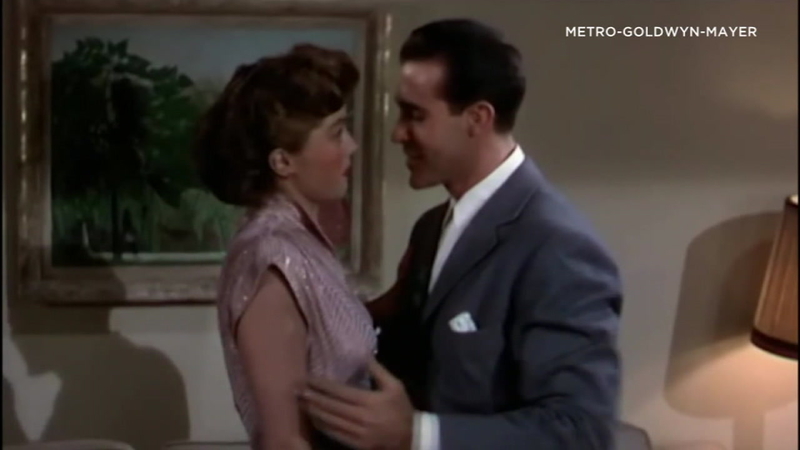 USC professor explains origins of 'Baby It's Cold Outside'

LOS ANGELES -- The Christmas classic "Baby, It's Cold Outside" has been yanked off the airwaves from several radio stations in the era of #MeToo.

It all started when a radio station in Cleveland chose to ban the song and then others across the nation followed suit due to date rape undertones. But a USC professor with family ties to the composer, Frank Leosser, said it's all a big mistake.

"My great uncle was the producer of 'Guys and Dolls," and 'How To Succeed in Business' and a variety of other Frank Leosser shows and was involved somehow in the creation of this song. I've heard this story since I was so little that I couldn't even sing," Karen North said.

The story, according to North, started when the composer and his wife would leave lavish Hollywood parties. Years later, it became a movie.

Still, people seem to have mixed reactions about the hit song - especially when hearing the line, "What's in this drink?"

North said her uncle and others involved with the original song would likely not understand today's interpretation of the classic.

"He would want music to bring joy to people. I think he would be heartbroken that people think of this as a negative thing," she said.

She specifically addressed the "What's in this drink?" line, saying it's not about a date rape drug being put in a drink, it's about a woman's excuse because she's had too much to drink and is referring to alcohol.
Report a correction or typo
Related topics:
arts & entertainmentholidaymusiccontroversial artmusic newschristmasu.s. & worldsexual assault
Copyright © 2022 KABC Television, LLC. All rights reserved.
CHRISTMAS
Tim Allen to star in 'The Santa Clause' series coming to Disney+
What to do if you were exposed to COVID at holiday gathering
Couple dead in apparent murder-suicide on Christmas morning
These US states got a White Christmas
TOP STORIES
Man charged in cop shooting used guns with 3D printed parts: Sources
'People will lose lives' 13 Investigates explosion in 'Glock switches'
Law enforcement officers leaving departments at staggering rates
Mother loses kidney after being shot on 610 Loop
Daylight shows home destroyed after standoff with shooting suspect
Rainy Monday and arctic cold front on the way after sunny weekend
Houston residents worried about violent crime increase
Show More
New survey shows highest COVID impact on Houston workforce yet
Union Pacific addresses issue of stopped trains blocking roads
What we know about man accused of shooting 3 HPD officers
Widow delivers heart-wrenching eulogy for NYPD detective
Suspect arrested after 30-minute chase ends on I-45 in Texas City
More TOP STORIES News