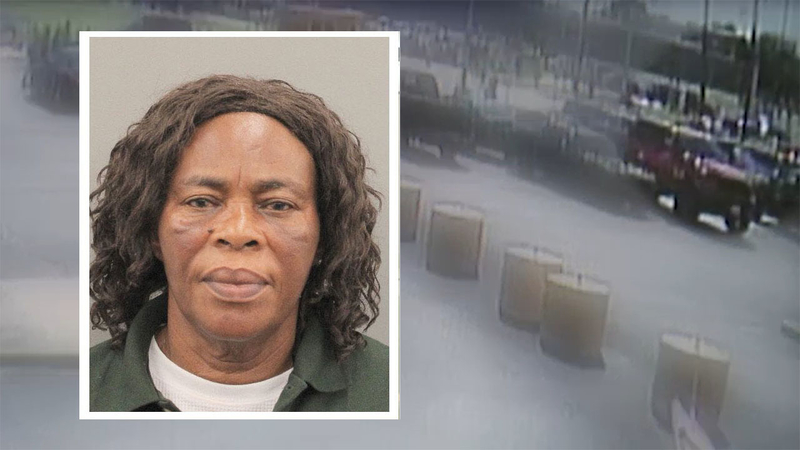 HOUSTON, Texas (KTRK) -- An Alief ISD cafeteria worker has been charged with aggravated assault with a deadly weapon for her role in a crash that injured a student.

In surveillance video obtained by ABC13, we are seeing for the first time the car driven by cafeteria worker Chinyere Iheagwam outside Elsik High School.

The video shows a group of several teens on the sidewalk, crossing the street shortly after school let out.

From one angle, you can see Iheawam's car speed down High Star.

At the moment she allegedly hit Anthony Valezquez, the car doesn't stop, and actually keeps going until hitting a gray Dodge car.

Police estimate Iheagwam was going 45 to 50 miles per hour in a 20 mile per hour zone.

ORIGINAL STORY: 'Oh my God, what did I do?' Cafeteria worker charged in crash that hurt student

In all angles, the red car in question is moving much faster than any surrounding vehicles.

Valazquez's mother told ABC13 Monday that her son is still in a coma.

Iheagwam, is out on bond. Her next court appearance is scheduled for December.

"That's when I grabbed onto my steering wheel. I immediately knew that she was going to hit me," he said.
Just seconds before Iheagwam allegedly struck the former classmate of his, Pineda said he saw him fly up in the air.