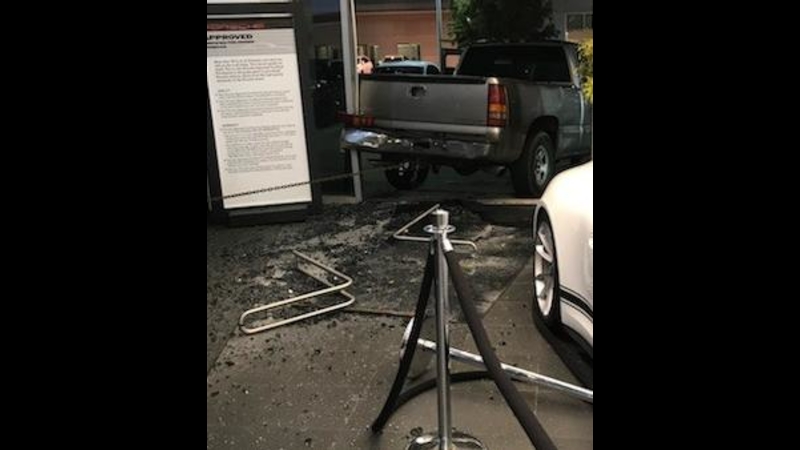 HOUSTON, Texas (KTRK) -- Some would-be thieves attempted to hit a high-end car dealership but didn't get away with any cash.

Police say the two men crashed a silver truck through the front gate of Momentum Porsche on the Southwest Freeway early Monday morning.

Investigators say they then attempted to get into the dealership and steal the safe.

The suspects ditched the truck and ran from the scene. They did not get away with anything.

The damage ranges from broken windows to bumper damage. Preliminary estimates put the damage at more than $10,000.

Police are checking the surveillance video to see if any images of the suspects were captured.