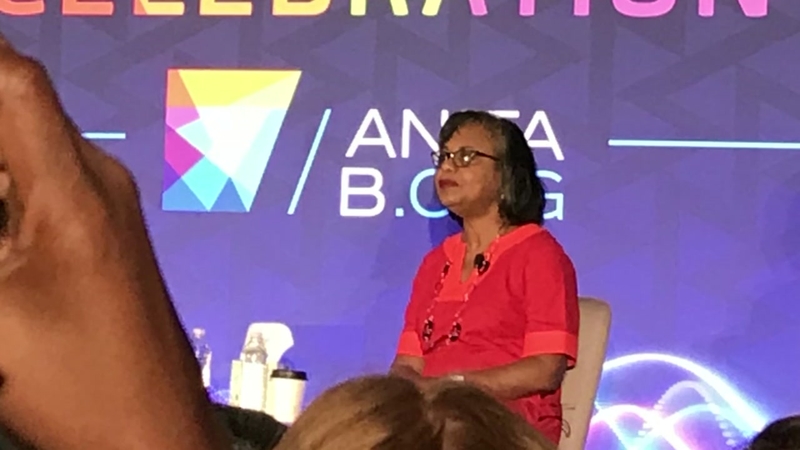 HOUSTON, Texas (KTRK) -- The woman at the center of the Clarence Thomas confirmation scandal in 1991 shared her story on Friday.

Hill gave a lecture called "The Past, Present and Future of the Me Too Movement" at the Marriott Marquis.

Hill told the audience she found Dr. Christine Blasey Ford to be credible, adding, "I was struck by Dr. Ford's openness in saying how terrifying it was to share that setting. Also, I was impressed by how calm she was in the face of this horror."

Her event is a part of the Grace Hopper Celebration, which is known as the world's largest annual gathering of women technologists presented by AnitaB.org.

Hill said that Judge Kavanaugh, "Expressed anger and aggression, and a lot of emotion in a way no female candidate would ever have the license to expect."

She also said that she believes Kavanaugh will be nominated to the Supreme Court, and told the audience, "He will be confirmed and it will take the Supreme Court in a very, very conservative direction. It will impact the diversity and inclusion that we work for."

The summit was held at the George R. Brown Convention Center, but Hill's session at the Marriott Marquis focused on her first-hand experience speaking truth to power and combating sexual harassment in the workplace.