13 Investigates: 'No need for disparity' in African American arrest rates 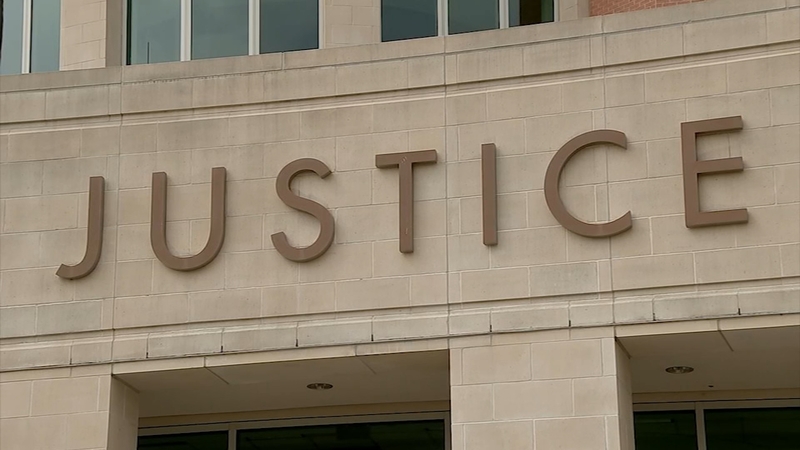 FT. BEND COUNTY, Texas (KTRK) -- When Fort Bend County Judge O'Neil Williams got his driver's license as a teen, his parents gave him "the talk."

They told him what to do if he gets pulled over by police - put your hands on the steering wheel and answer questions politely with "yes, sir," and "no sir."

It's the same talk his neighborhood friends received, but not the children on the other side of the street, in the suburbs.

"We found out that we were being treated a little differently because the police were afraid of us and so when I grew up, I wanted to be a police officer because I thought a good police officer could change everything," Williams said.

After nearly a decade on the force, Williams realized one good police officer couldn't change systematic issues, so he became a criminal defense attorney. But, he quickly realized one lawyer couldn't drastically improve the system either.

"I decided to run for judge because I thought one judge can control and change the lives of the people who come into his courtroom," Williams said. "That was my pledge. That was my promise, is to make justice for all mean something more than just a cute bumper sticker or chant that we say out in the street."

Williams, a judge in Fort Bend County's 268th District Court, said on any given day, the courthouse is filled mostly with African American and Hispanic defendants because that's who he says departments are focused on policing.

In Sugar Land, African Americans are eight times more likely to be arrested than white residents, when taking the town's population and demographic into account, according to an analysis, by 13 Investigates and ABC News investigators, of 2018 FBI arrest data at police departments across the U.S.

"The thought in their mind seems to be the same one that was prevalent when I was on the street, and it's that if you stopped a black person, there's a pretty good chance you're going to be able to find something to arrest and charge them for," he said.

13 Investigates asked the Sugar Land Police Department about their arrest rates on June 5. The department agreed to speak with us. But, after we told them our deadline, the department said it needed to pull more statistics and couldn't talk to us until after our deadline.

Behind the data: ABC Owned Television Stations analyzed arrest numbers that thousands of police agencies submit themselves to the Federal Bureau of Investigation each year. We specifically looked at police departments who arrested at least 300 people in 2018. For more than 3,000 departments with at least 300 arrests, we also compared the percentage of African-Americans arrested to the percentage of African-Americans who live in those communities, based on U.S. Census data. Our analysis reveals a racial disparity in arrests at more than 90 percent of those local police agencies across 48 states.

EXPLORE THE DATA: The boundaries of the counties we analyzed are highlighted in teal, where darker shades indicate a higher arrest rate for African Americans. For cities, the larger the yellow dot, the more likely African Americans are to get arrested compared to white individuals. On mobile device? Click here for a full screen experience.

When asked about the town's arrest rate of minorities, Bellaire Police Chief Byron Holloway said few people arrested by his department actually live there. Most of them, he said, are travelling through from Houston or other parts of Harris County.

Holloway pointed out that in 2018, only 36 people arrested by the department listed their home address as Bellaire. And of those arrests, only 17 percent were African American - but that's still higher than the population of African Americans in Bellaire.

Holloway also said 51 percent of African American arrests are for outstanding warrants. Still, an officer has to stop someone before finding the warrant. And, following our analysis, the chief says he'll look into its own stats.

Williams said aggressive policing is often what's rewarded and needed to rise through the ranks, but the outcome isn't what's best for the community.

"'Officer Friendly' doesn't get very far in police work these days," Williams said. "We should reward the officers who do their job well, but then we have to redefine what well is. Well is not going out and harassing the population. That's not what police work is about. You're supposed to be there to protect and serve."

But, Williams said that means protecting and serving everyone, despite their race.

Williams recalled working as a defense attorney and said he sometimes encountered cases where African Americans were stopped by police for what he says were invalid reasons.

"That gave the police probable cause to stop them, to then want to search them, to pat them down and to find marijuana or whatever," he said. "But I've never seen it done in an area that was not predominantly minority, so what happens in the minority community is that we're overpoliced."

Dr. Kristin J. Anderson, a professor of psychology at University of Houston-Downtown, says through pop culture and the media, there's an implicit bias that African Americans are more criminally inclined, more dangerous and more mature than white youth.

"Police officers have those same biases. The problem is, though, they're agents of the state and their biases are literally weaponized so they can use lethal force," Anderson said. "My biases or your biases may prevent someone from getting a job, but the stakes are so high in law enforcement."

African Americans get the police called on them for non-violent activities like grilling in the park or a child selling water on the side of the road without a permit, Anderson said.

"Your life is kind of always on the line," Anderson said. "There's no domain, or no kind of area that is really safe for African Americans. Imagine how exhausting that is to be constantly surveilled and to have your behavior not predictive of what's going to happen to you when you interact with police."

Although Anderson said law enforcement should understand how implicit bias and stereotypes play into the work they do, she believes systemic change among police and citizen interaction is needed to improve.

"We know there's systemic racism because there's disparities in the treatment of black and brown people at every level of the criminal justice system. Who's pulled over, who's detained, who's arrested, who's convicted, who's sentenced for the exact same crimes," Anderson said.

U.S. Attorney General William Barr on Sunday said racism exists in the U.S. but not in policing.

"I don't think that the law enforcement system is systemically racist," Barr said in an interview with CBS' "Face the Nation." "I think we have to recognize that for most of our history, our institutions were explicitly racist."

Although Williams said he's seen some improvements in his courtroom when it comes to how defendants are treated, he said systemic racism still a problem.

"I think (Barr's) out of his damn mind," Williams said. "The system was built based on race. It was racist from its inception. It's still racist today. But if you walk along and you look at our (courthouse) wall, you'll see the change. It may be slow moving in some places, but it is coming."

In Bellaire, Holloway said the department has only had one racial profiling complaint since 2013 and it was dismissed. The department had been dependent on citizen feedback to indicate whether or not anything needs to change with the way the department polices.

With police departments across the U.S. speaking out against police brutality and taking a critical look at their own policies, Holloway said he spoke with his officers, sergeants and supervisors about doing the same as the profession as a whole faces the possibility of changes.

"Our power and authority is derived from the community. We're part of the community. If our community wants something - and even if they see that as drastic change - we have a personal decision to make. We can either work to make that change successful or we can say, 'I think I need to change professions,'" Holloway said. "There is going to be a lot of that soul searching within the police profession, especially with some of these agencies."

Floyd, who grew up in Houston's Third Ward, died May 25 in Minneapolis, Minnesota. Video captured from a bystander shows an officer holding his knee on Floyd's neck as he cries out more than a dozen times, "I can't breathe," and eventually stops moving.

His death, along with the deaths of other African Americans at the hands of officers, spurred protests across the U.S. and world.

And, as democratic members of the U.S. Congress propose a police reform bill, it spurred a fight for what Williams thought would happen when he became a police officer years ago.