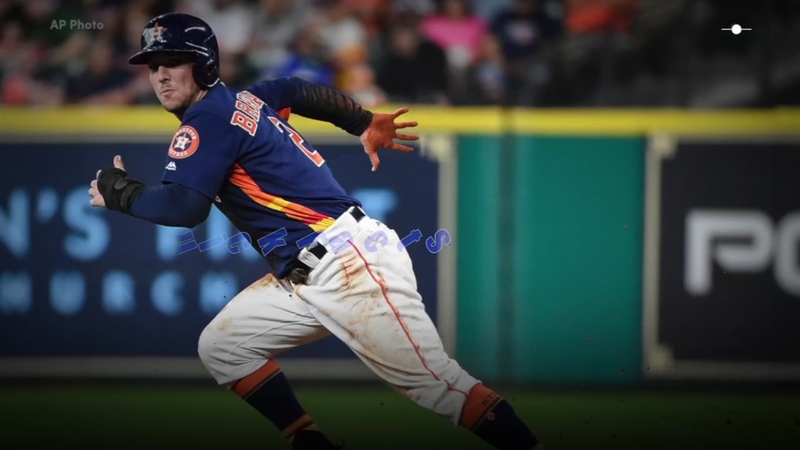 HOUSTON, Texas (KTRK) -- Alex Bregman is in the enviable position of excelling on the Major League Baseball stage at such a young age.

Bregman completed his first full season in 2017 with the Houston Astros, who drafted him second overall just three years ago.

Successes in high school, the college level and the minors, coupled with his pedigree in baseball, warranted his swift call-up to the Majors.

Bregman was born on March 30, 1994, in Albuquerque, New Mexico. He is the oldest of three kids born to lawyer parents.

Bregman's family has long been associated with the game of baseball. His grandfather served as general counsel for the Washington Senators in the 1960s. He was instrumental in the move to bring that franchise to north Texas. The relocated team is known today as the Texas Rangers.

Alex's father and uncle were actually scholarship players for the University of New Mexico baseball team.

Bregman's experience with the diamond started at age 4. In his first tee-ball game, Bregman turned his first unassisted triple play.

He later refined his game in grade school at Albuquerque Academy. At age 16, he became the first high-schooler to win USA Baseball Player of the Year.

Despite showing signs of promise in high school, Bregman suffered an injury to his throwing hand, causing him to miss his senior season. Entering his name in the 2012 MLB Draft, Bregman was taken in the 29th round by the Boston Red Sox.

Instead of reporting to the Red Sox, an unsatisfied Bregman decided to enroll with Louisiana State University, where he became a big presence for the Tigers baseball team.

Showing flashes of greatness through tenacious fielding and hitting, Bregman became a highly touted prospect heading into the 2015 MLB Draft, where the Astros took him second overall.

His rapid progression through the Astros' farm system was good enough to win him a call up to the Majors in July 2016.

In 2017, Bregman hit .284 with 19 home runs and 71 RBI. In the postseason, he's hit into play 11 times and hit three home runs, including a rare round-tripper off of Dodgers superstar pitcher Clayton Kershaw in the World Series.