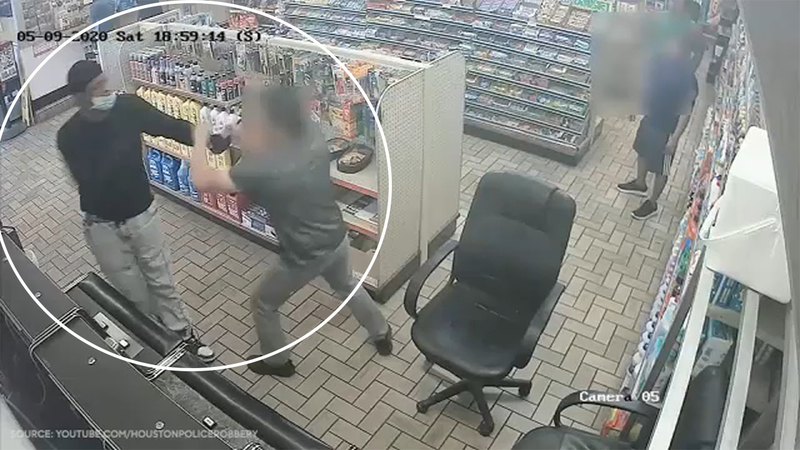 ALDINE, Texas (KTRK) -- An interaction between a store employee and two men allegedly trying to rob a game machine in an Aldine store has been caught on video.

It happened on Saturday, May 9 around 7 p.m. at the Aldine Food Store near the 190 block of Aldine Bender.

Surveillance video from the small grocery store shows one of the men trying to pry open a game machine with a long metal bar while the other stands near the door. The employee slams into the suspect, trying to tackle him and forces the suspect out of the store.

Police said the suspects then fled in a gray or silver four-door car.

Officials believe these men are the same suspects who tried to rob a Shell gas station in late March.

Both suspects are described as black males in their mid 20s or 30s, standing at about 5 feet 11 inches and were seen wearing a black shirt and blue jeans.